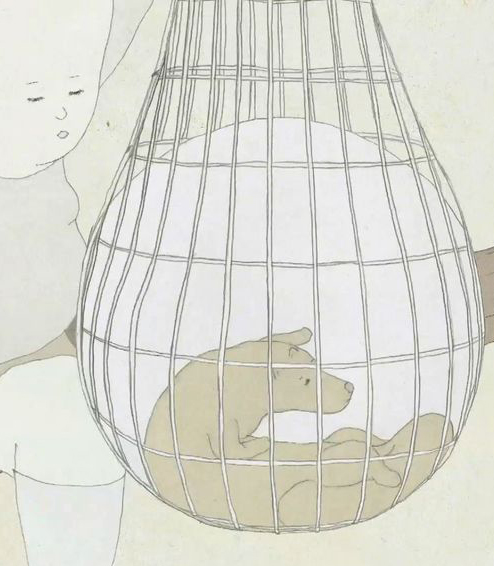 Abstract:
This animated work, co-produced by the French companies Sacrebleu Productions and CaRTebLaNChe, deals with the theme of disobedience. Among the characters are a group of children who stand in line clutching a large ball, a rabbit-like humanoid creature who helps with the ball, a small child with glasses who looks on, a marten-like animal who is out to get the ball, a bird who snatches away children’s clothes, and a rabbit, enshrined in a household altar, who is constantly chewing on something. Depicting these figures and backgrounds with thin, 0.3-millimeter lines and faint, subdued colors, the work explores the nature of disobedience.