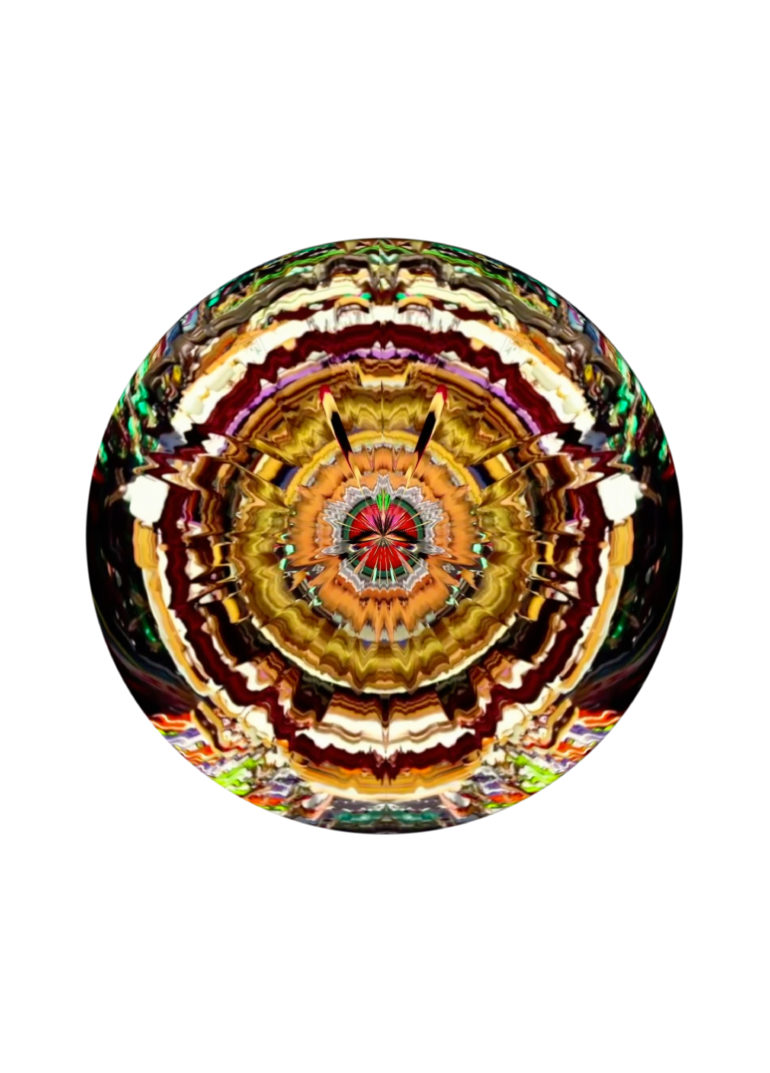 This video was originally made to accompany live performances by electronic musician Colin Potter at two iconic venues in London – the Cafe Oto and the Electric Ballroom in Camden. I subsequently made this spherical piece as a standalone work, with a soundtrack made using selected tracks from Colin’s back catalogue, which I thought complemented the visuals. A sort of sonic collage. I made it circular as much of my recent work has been made using a 360o camera and I like the format.
I would describe the work and the soundtrack as ambient psychedelic.

David Carson is a digital media artist based in Fremantle, Western Australia. His work focuses on exploring natural phenomena or events through digital media, such as immersive 360o dome projections and 3D stereoscopic imaging. Carson has toured exhibitions extensively in Australia and internationally, collaborating with Kalgoorlie Consolidated Gold Mines, Royal Perth Hospital, Scitech Science Centre and the Sodankyå Geophysical Solar Observatory in Finland, where he helped make the world’s first moving image capture of the Aurora Borealis in 3D.

Colin Potter has been a central figure in the UK’s DIY and post-industrial underground since the late ‘70s. His ICR label, founded in 1981, blurred the lines between post-punk experimentation, crude pop, Krautrock-inspired drone work and contemporary electronica, with releases by everyone from DIY legends. He has also been a key collaborator with both Current 93 and Nurse With Wound, working in the studio with both groups since the late ‘90s as well as serving as a member of Nurse With Wound’s current live line-up.