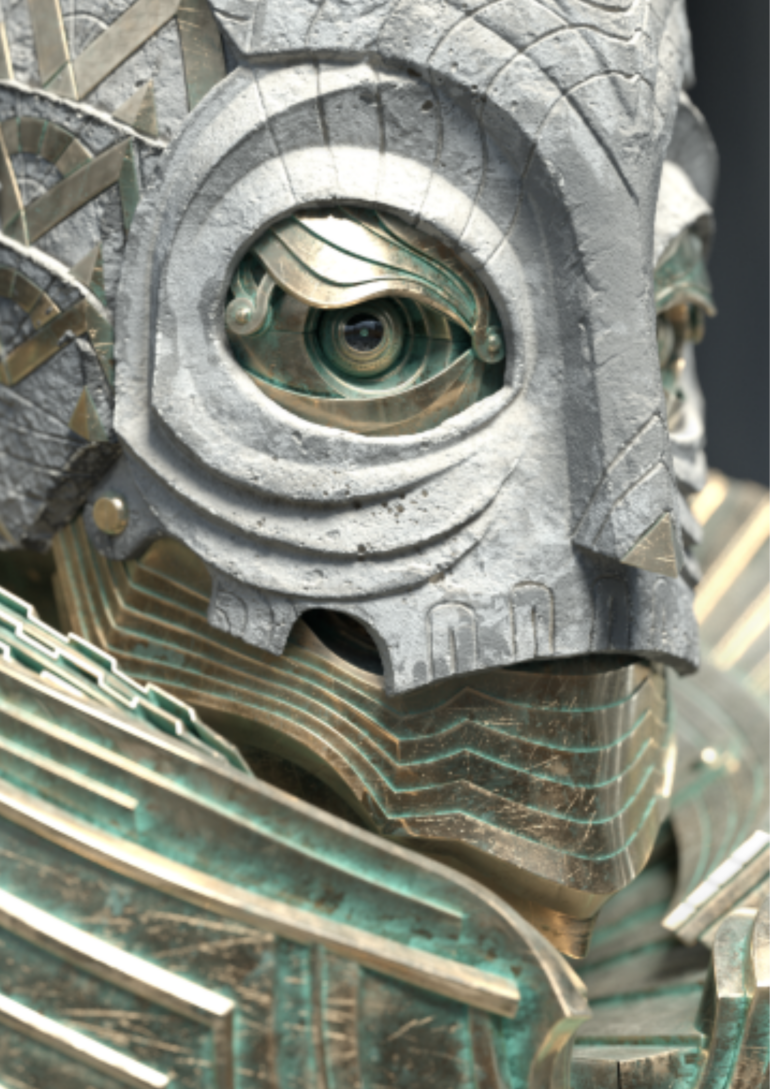 As the bell rings, the stranded King and Queen of the Oxidized Realm initiate their old, tedious dance. When the ostentatious act builds up to reach its climax, the masquerade gives way to reveal the hidden wounds of the relationship.

Eddy Loukil is a French-Canadian visual artist based in Montreal. He started his career as a 3D artist in 2012 after obtaining a master’s degree in Design at Créapole Paris school. The diversity of his aspirations and the plurality of his technical skills led him to evolve within fields such as architecture, video games, advertising or special effects for cinema.
He quickly distinguished himself through his professional experiences at renowned international studios such as Ubisoft, Moment Factory, Meduzarts, Asile, Framestore, Raynault, as well as on large-scale projects such as Blade Runner 2049, Watchmen, His Dark Materials, Dumbo, Ghost Recon, The Trail.
Driven by his desire to explore new artistic forms, he developed various original visual languages outside the context of the entertainment industry, which led him to the realization of 8 short films. In 2019, he decided to settle in Montreal as an independent director and visual artist.