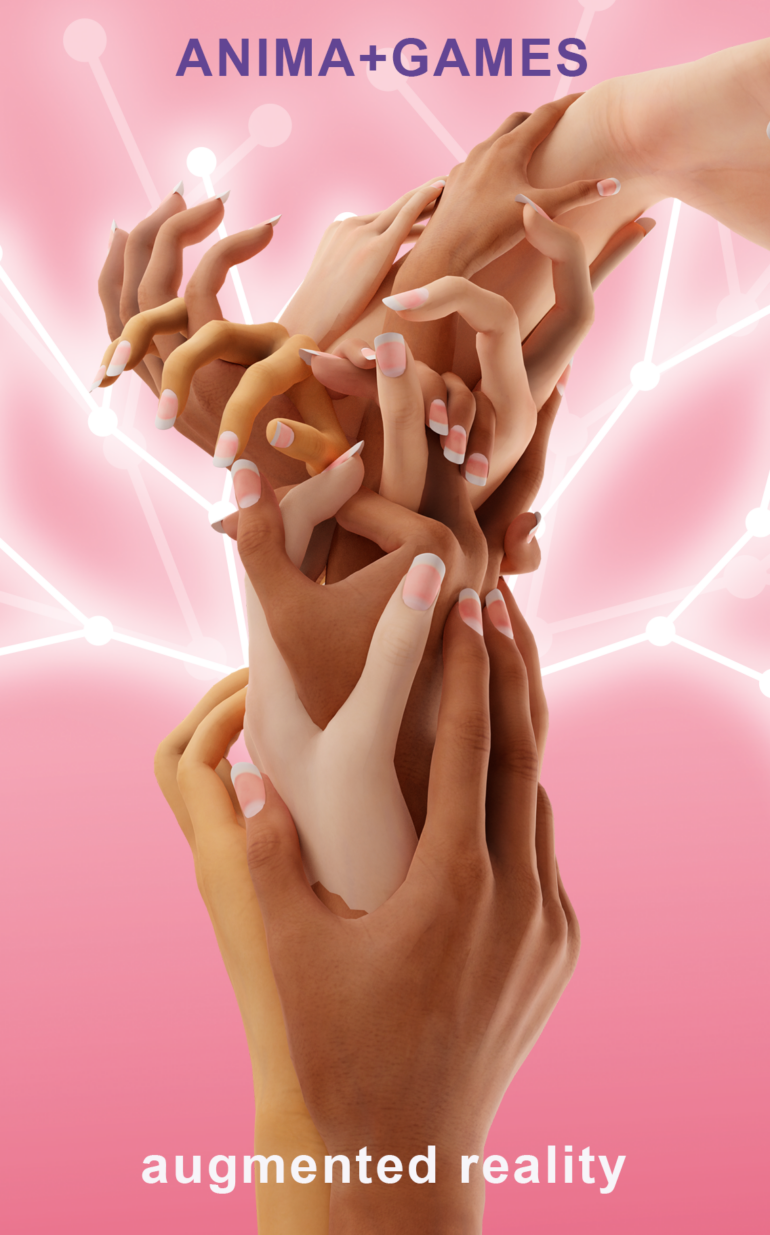 In 2022, the ANIMA+GAMES exhibition displays the Augmented Realities Genius Loci, by Theo Triantafyllidis and HanaHana, by Melodie Mousset, among various animations and games to expand your perception. Art associated with technology continually seeks to expand human capabilities and the dimensions we inhabit, enabling interaction and the construction of a digital imaginary. Come experience this new dimension!

In this edition, guest artist Raquel Meyers talked about aesthetic references, obsolete technologies and made a retrospective of her work, in conversation with Clarissa Oliveira. Access the complete talk here.

HanaHana is a virtual and augmented reality experience that has been in constant evolution since 2016. Centered on corporal construction, this piece, by way of an interactive and collaborative game, constitutes a fantasy-like immersive environment. Everyone can generate shapes and leave a trace of their journey in this desert inhabited by archaic sculptures, in which human hands bloom in all sizes and colors. In this surreal world, arms are not only extensions of the player’s bodies, players who can teleport within this world and multiply their own bodies outside of themselves, they also are building units that let them leave a trace in this collective sandbox. The exhibition space thus becomes a shared space, on the border between the intimate and the public.

Genius Loci is a Large Scale, Site Specific Augmented Reality Installation, adapted for various locations, based on a playful interpretation on the concept of “Genius Loci” (or Spirit of Place). A large Creature with its own personality will be residing inside the given space, floating around, relaxing or talking to itself and the audience. The Creature is arrogant, sexy, snarky, sometimes obnoxious but also cute and lovable. The Creature will be visible through Augmented Reality on mobile devices and the audience will be able to play with it using touch-screen interactions. This encounter with the humorous and the sublime will be a collective viewing experience that aims to bring people together.

Press information about the exhibition: