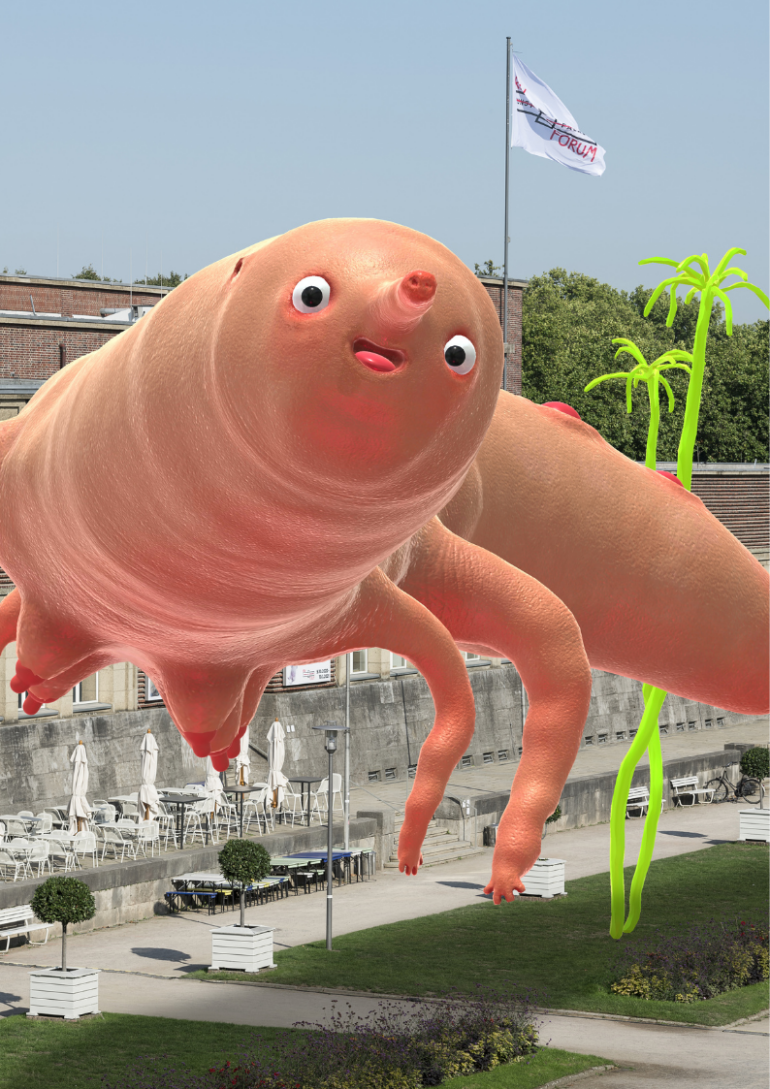 Genius Loci is a Large Scale, Site Specific Augmented Reality Installation, adapted for various locations, based on a playful interpretation on the concept of “Genius Loci” (or Spirit of Place). A large Creature with its own personality will be residing inside the given space, floating around, relaxing or talking to itself and the audience. The Creature is arrogant, sexy, snarky, sometimes obnoxious but also cute and lovable. The Creature will be visible through Augmented Reality on mobile devices and the audience will be able to play with it using touch-screen interactions. This encounter with the humorous and the sublime will be a collective viewing experience that aims to bring people together.

Bio:
Theo Triantafyllidis is an artist who works with digital and physical media to explore the experience of space and the mechanics of embodiment in hybrid realities. Utilizing algorithms and game engines, virtual reality headsets and experimental performance processes, he creates interactions within immersive environments. In Triantafyllidis’s worlds awkward interactions and precarious physics mingle with uncanny, absurd and poetic situations, inviting the viewer to engage with new realities.
Through the lens of monster theory, he investigates themes of isolation, sexuality and violence in their visceral extremities. He offers computational humor and AI improvisation as a response to the tech industry’s agenda. He tries to give back to the online and gaming communities that he considers both the inspiration and context for his work by remaining an active participant and contributor.