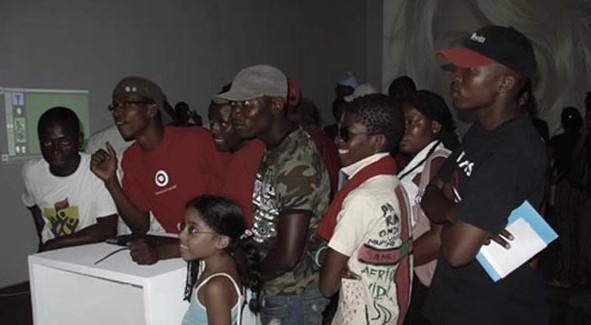 Presentation of a selection from the File Rio exhibition at the Trienal de Luanda (Angola).
‘FILE has being invited by the Triennial Biennale of Luanda Committee to show a slice of what was shown in FILE RIO 2006 at the Biennale. The project proposal is the exercise of art and culture as an essential vector for the humanization of contemporary society. This is the first cultural event after the civil war and has as a goal place Angola in the contemporary culture scene. In that sense they have chosen some cultural organizations and institution that they found relevant to show at this moment to the Angola people.’