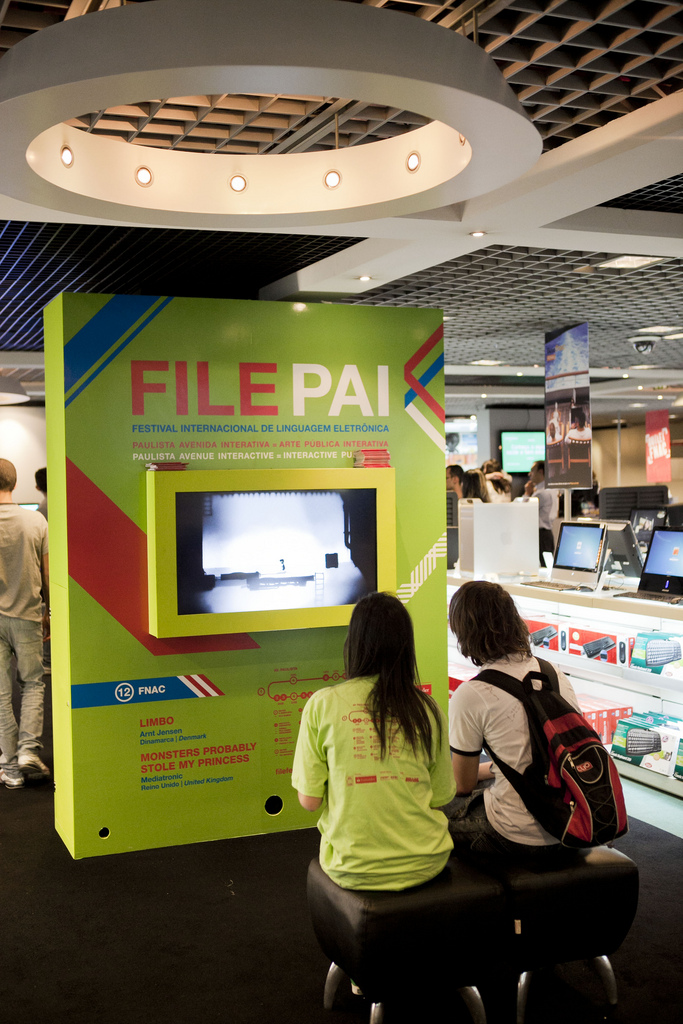 Public art is very old, and in a remote past it was initially seen by the pre-technological classical public, in a teophanic way: through “artworks”, the divinities
became present and acquired life in people’s lives. Public art was thus adored by the ancient world’s common citizens. They coexisted in their daily lives with temples, statues and tragedies that guaranteed the presence of gods, and art spread all over the city was so immanent to them, that they didn’t even know the concept of public art as something separate from their lives. Later on, already in modernity, when there was the separation between art and life, art in general became merely aesthetic and transcendent. It took refuge in museums and in art galleries.

Ordinary people had no longer that proximity with art as in the teophanic period. Hence appeared the need, on the part of the moderns and started by the Renaissance people, of taking that art to the public in general. In the 20th century, with the non-representational modernity, public art came across new challenges: to take abstract and conceptual works to public fruition. The challenge was to bring the wide public to modern arts. The modern contemplative public art, however, didn’t reach, in most cases, its proposed objective, and saw, on the contrary, the wide public to stand back or to ignore such manifestations, in some cases arriving to pure aversion. That has sometimes forced the public powers to remove several works, by popular solicitation. The crowds don’t own, and have never owned, the aesthetic-historical codes of modernity, a monopoly of the modern and contemporary cultural elite. The result was the summary rejection of public works, on the part of ordinary people.

This dramatic consequence is the result of an analogical vision by the promoters of contemplative public art. They see the public space as a mere empty space to be filled: on one side, with works that were originally made for the art market, and not specifically for them, and on the other, by standardized behaviors, such as the white cube adopted by museums and art galleries. The most frightening is that the institutions that have removed art from social life serve now as a paradigm to take art back to the heart of society. Well, this has never worked and will never do.

The public environment is not something empty, aseptic and dead, as is the old white cube; on the contrary, it is an environment teeming with life, with multiple interests and multiple behaviors.

In a world of dynamic societies, the urban public ambiance of the contemporary world became a complex system, in which thousands of variables are inserted, with thousands of people who live, study and work in megacities. If, on one side, the urban ambiance is transcedentally formatted by the State, by governments, through laws, rules and behavioral trainings, but also through control and repression, including the market — through advertising and the production of subjectivity –, on the other side it is an immanent potential of emergent events: strikes; protests; urban graffiti; the current manifestations originated from the internet, but also a society that lives more and more in virtual networks, requiring an interactive and participative performance from people.The public’s desire now is to participate, to be active; the post-analog masses want to communicate, to publish their content, to produce their events.

In a period of interactive public art, aesthetics gives way to playfulness/ didacticism, and interactivity substitutes epiphanies, as well as the codes of contemplation of the beautiful and the sublime. The time of art as something aesthetic is left aside. The interactive public art of the 21st century lives in the world of digital epistemes — whose works, both knowledge as playfulness, fruition and interaction, are immanent and inseparable.

All artwork has always been knowledge and fruition, both to its maker and to its user. Every artwork implies some knowledge, at least for its fruition; when this doesn’t
happen, a hiatus is opened between the work and the public. That is what has happened with the modern transcendent epistemes, which separate learning from fruition; formerly, in a representational painting, the copy could be compared with the original, which guaranteed to a wider public some knowledge, therefore some fruition.
In the modern period, with the destruction of representation, except in the movies, learning has separated from fruition, one learns at school and enjoys at themuseum, the gallery, the theater… Thus, the wide public, that didn’t own the codes, stepped back from modern arts; so those became specialized, turned to an elite.

In digital arts there is not distinction, in their use, between learning and fruition-interaction. This guarantees the return of the public, the wider public, not the elites, to the world of arts, in an unprecedented volume, that can only be worked out in a more effective way in the contemporary world with public strategies of digital interaction. However, in spite of several experiences in that sense, the cities are not yet prepared for that new coming, much less the governments’ public initiative that still thinks in a burocratic, analog and anachronic way, and this in a world where innovation is the main engine of economy.

Governments must wake up quickly for this new reality. Everything is to be invented. At the time of the digital episteme, the new paradigm of public art will be the interactive city. Therefore, the challenge of interactive public art should be: 1) to create new technological interfaces in relation to the public and to the city; 2) to develop strategies that are able to synergize the emerging events that spring from contemporary societies, instead of hampering them; 3) to promote public tactics with the intent of leaving the phase of using technology to the phase of learning to produce it, and thus going from inclusion to digital mass production.

The growing use of computers and mobile phones is transforming the crowds in intelligent, emerging masses. Will governments be prepared for that? The coupling brain-digital device is creating cyberintelligence and cybercreativity, constituting in the masses self-organizations with unexpected results. They are accelerating and becoming transconnective. Emergencies will be inevitable.

Hence the importance of interactive public art in the sense of understanding and absorbing those new social phenomena, and thus constituting strategies that may interconnect with those new mass behaviors. We follow quickly to an unprecedented urban renewal: intelligent cities, interactive cities, emerging cities.