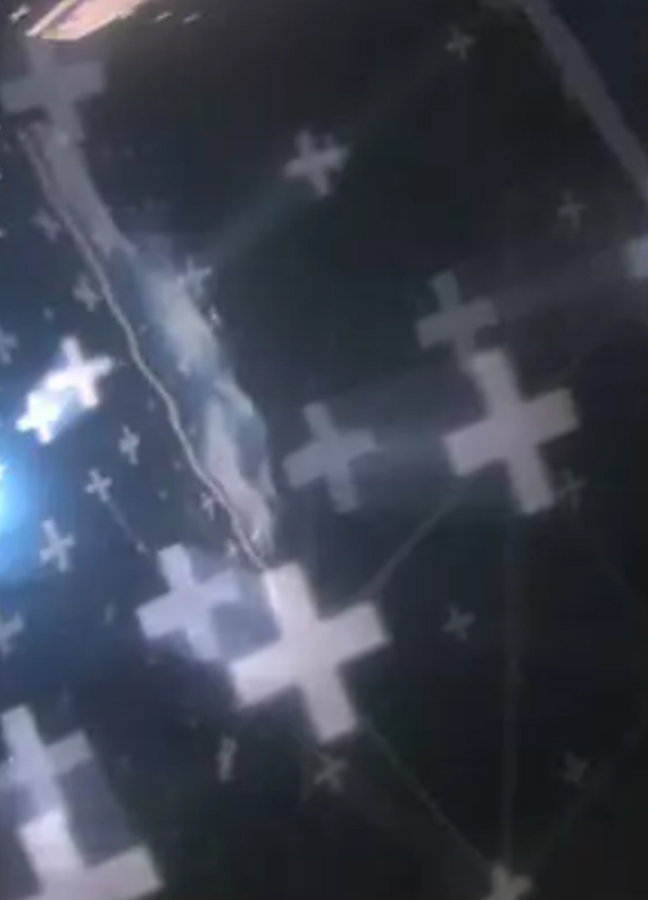 Abstract:
“Superfluidity” is an interactive massively multi-user graphical real-time 3D environment, visible online or through a physical installation. It’s composed of an interactive tactile surface that acts on an area projected in a Plexiglas cube filled with a liquid and gas solution transmitting a volumetric image. The image crosses the water and smoke, constructing a volume of light. Superfluidity shows the responsiveness and speed of the network in a pervasive environment without viscosity, invisible, light and absolute. The IP address of each participant generate a unique form in addition to the other, the environment is building day by day with all the IP addresses, or particles, which will nourish it. These shapes are set in motion by the user, generating volumes and sounds. It is a metaphor of the quantum state of matter, known as a superfluid, which transmits information at any point on its surface and without any time limit by a total absence of friction. This condition leads to the relocation of particles, which means that information received by a particle is immediately transmitted to all remote particles. The vision of quantum material refers to changing social relations brought about by electronic networks, the hyper speed of the flow of information and extreme lightness of the structure that follows, virtually a quasi absence of visquosity. Each individual particle of a whole, is part of an ensemble, transmitting as much as it receives. Superfluidity is a collective environment that can be seen in real time by all visitors who log on. Logging in, visitors can both see and influence the space and feeling the changes made by the other visitors. The physical installation is connected to the same environment and receives real-time interaction of all the visitors online. The image projected in the water cube forms a volume of light, while evaporating in smoke. A touch screen allows to send waves that spread in the environment and are transmitted in both the cube on the online application. On a plane layer, the user is invited to put crosses on a grid that resonate in sound. Each layer is a kind of sound sentence left by the visitors. Once it’s validated, the layer is shared with all the audience overlapping to the sound sentences left by other visitors.

Biography:
Created in 2000 by Naziha MESTAOUI, architect and artist, and Yacine AIT KACI, director and artist, Electronic Shadow focuses its research in the physical relations between space and image. Using its patented space/image projection system, Electronic Shadow has many exhibits to its credit (e.g. at MOMA in New-York, Museum of Photography in Tokyo, the Centre Georges Pompidou and La Villette in Paris, the French cultural center in Milan, the Moca Shangai,…). Electronic Shadow won the Grand Prize of the Japan Media Art Festival 2004. Electronic Shadow took part in the Year of Cezanne celebrations in Aix-en-Provence, with an image projection project at the painter’s house, open to the public for the very first time. One of Electronic Shadow’s latest accomplishments is the Double Vision video-choreography show created with star choreographer Carolyn Carlson. Electronic Shadow works also as light artist for architectural projects, such as Frac Centre with architects Jakob and Mac Farlane (opening 2012).