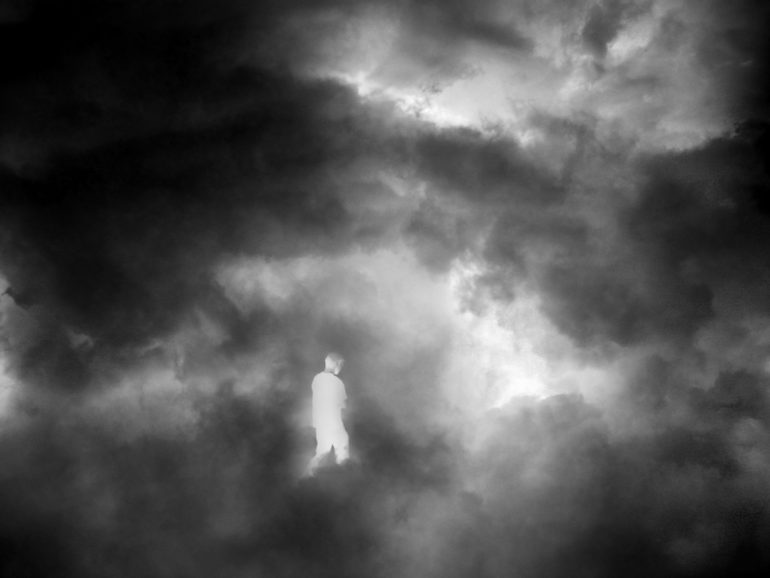 Abstract:
“ZEE” proposes a state of “tabula rasa”, where one’s perceptual framework is recalibrated.
The audience enters a space filled with extremely dense fog, so that the confines, walls and ceiling of the space always remain fully obscured. The core visual impression of “ZEE” is of a psychedelic architecture of pure light. It is an abstract luminescent landscape, surrounding the visitor in a seemingly holographic fashion, with no apparent screen or projection apparatus present. This ephemeral impression results from light (wave) interference phenomena; it is synthesized inside one’s brain and so becomes a “mindscape”, rather than an optical perception of a surrounding environment. “The result is an immersive environment of flickering light in which the ‘real’ physical world mutates into a primordial soup of pulsing sound, mist and colored light. … This is the world as viewed by a dying robot clone from within a Turner landscape painting.” (from an essay on FEED by Claudia Hart) An ambient and minimal soundscape connects to the interference patterns and the changes in color, frequency, intensity and mood.
“ZEE” is an almost quiet work, seen in relation to the earlier work of Kurt Hentschläger and Granular Synthesis. The audience can freely roam the space of the work and its nature instills an almost automatic process of slow motion. Suspended flexible ropes, to and from the entrance gate, mark the available space and lead into and out of “ZEE”.

Biography:
Chicago-based Austrian artist Kurt Hentschläger creates audiovisual performances and installations. The immersive nature of his work reflects on the metaphor of the sublime and the human condition. Between 1992 and 2003 he worked collaboratively as part of the duo Granular-Synthesis. Hentschläger has shown his work extensively. Selected presentations include the Venice Biennial, Staedelijk Museum Amsterdam, Museum of Applied Arts Vienna, Musée d’Art Contemporain Montreal, National Art Museum of China Beijing.