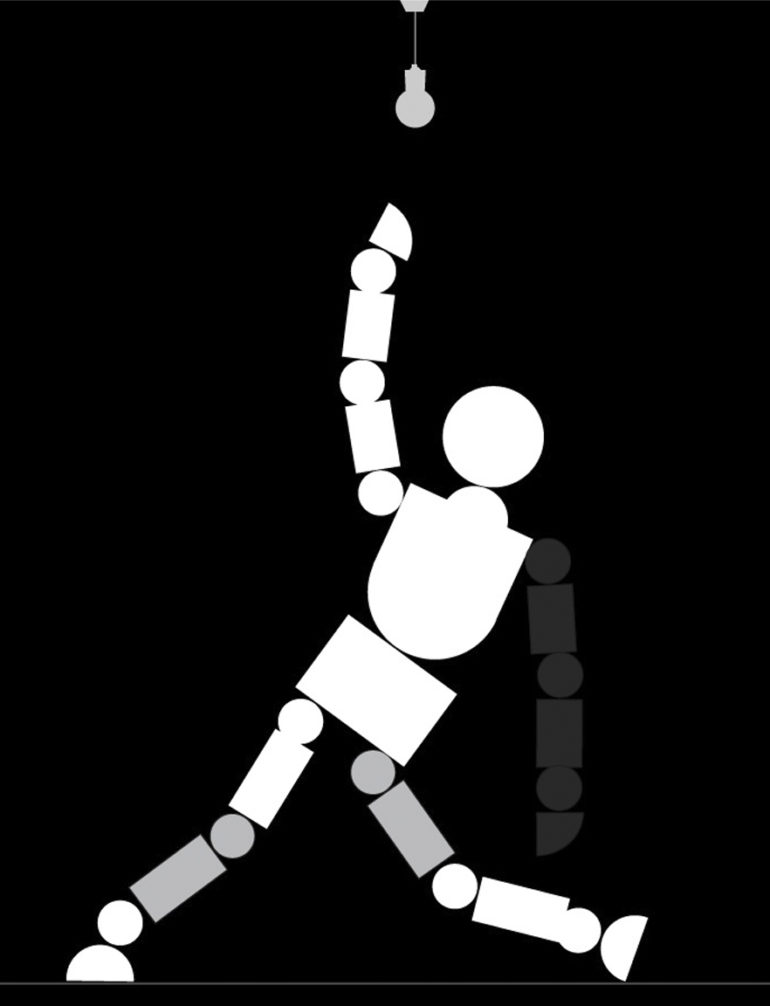 Abstract:
“Digits” is a single player wall projection installation game using a multi-touch tablet (iPad) as a controller. The game consists of moving a puppet using a set of dials.
The player can manipulate the dials on the tablet by performing a rotational gesture with the finger, which will rotate the joints of the puppet on the wall projection. Multiple dials can be rotated at the same time.
If the player lifts his fingers from the touch screen, the joints and limbs of the puppet will gradually fade and loosen his articulations. Because the puppet is subject to gravity, the player has to time the joint rotations in order to coordinate the movements of the puppet.
As the player becomes familiar with the controls, he will attempt to coordinate his finger gestures to get the puppet to stand. If the puppet touches the bulb at the top of the projection the game ends.

Biography:
Andrew Hieronymi’s recent work focuses on the sensation of movement in digital games. He creates interactive installations emphasizing the physical relationship between player(s) and interface during the act of playing. He has talked and exhibited internationally in art venues and media festivals and is an Assistant Professor of New Media at the School of Visual Arts at Penn State University.