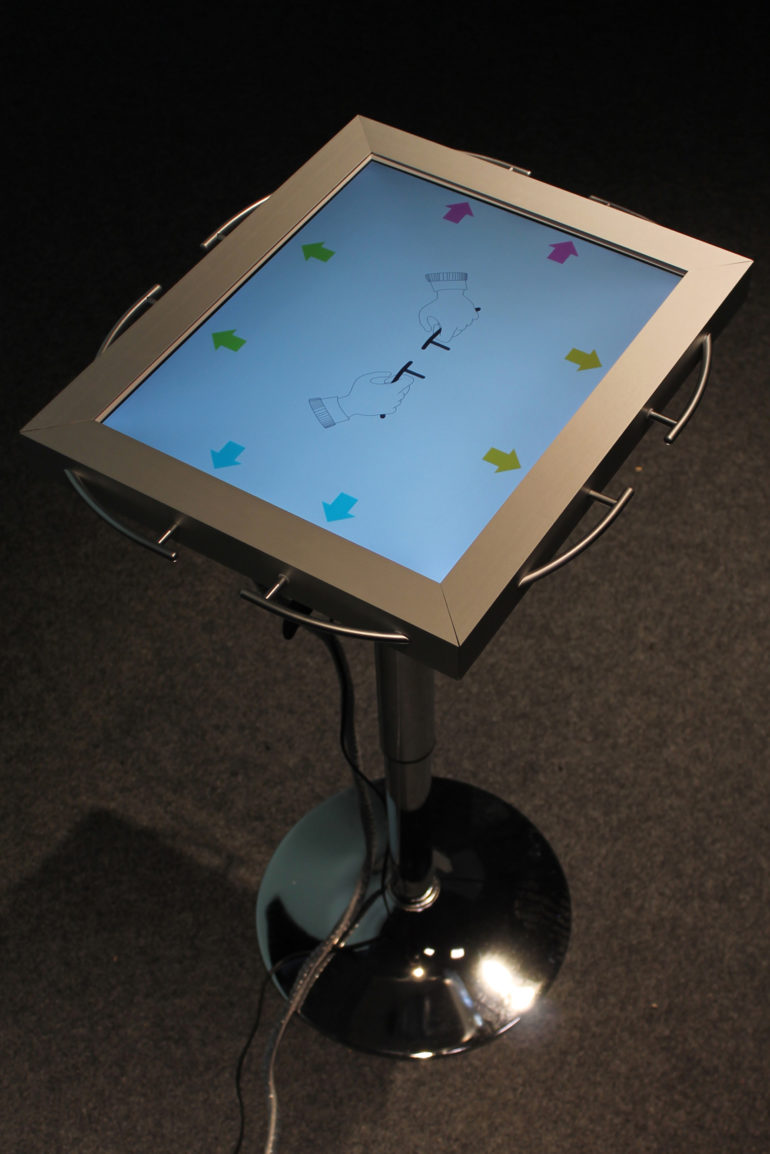 Abstract:
The game “Social System” thematises the human being as a social creature and deals with the interaction of individuals in a community. Up to four players can play together. At least two players have to build a team to start the game by touching two grips. Each player has to contribute and assume responsibility for his fellow players, because the game can only be won by teamwork.
At the beginning each player is assigned a color, which he can activate by touching his two grips or deactivate by releasing them. By tilting the console the players navigate a digital steering-object over the playing field with the aim to reach special control-fields with the proper color combination.
As in reality, it is getting more exciting but also more complicated with an increasing number of players. As the grips have to be touched or released responsively, no single player can take control of the group and no one can completely hand off control.

Biography:
Carolin Liebl: born in 1989 in Lichtenfels, Germany, lives in Frankfurt and studies visual communications with focus on media art at the Offenbach University of Art and Design since 2010