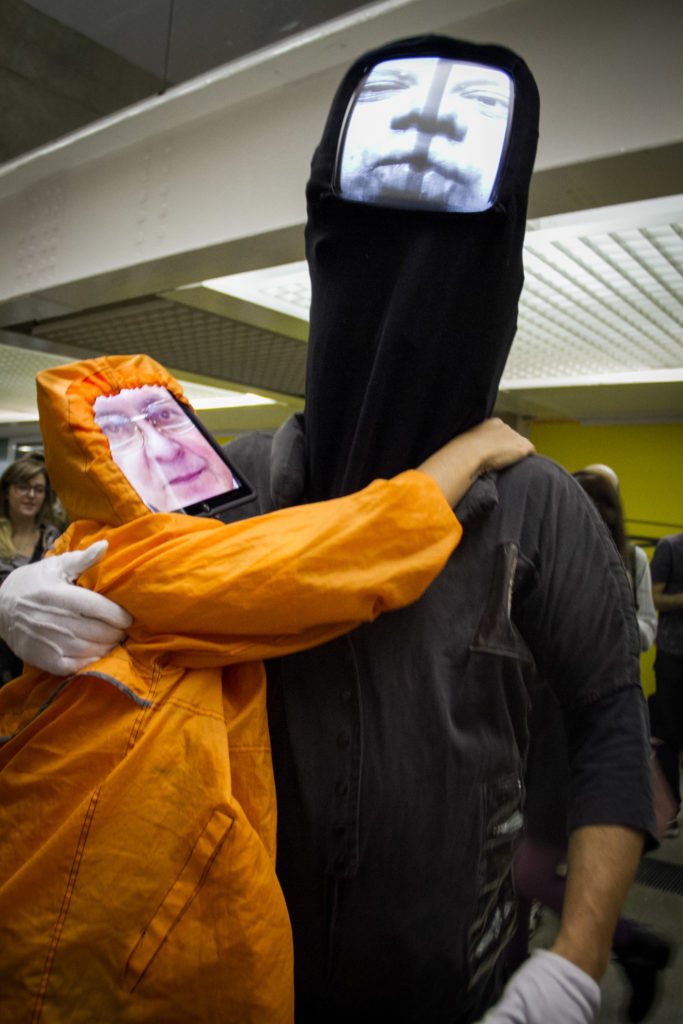 Abstract:
This year FILE – Electronic Language International Festival receives performances by young artists who dialogue with the videocreatures of Brazilian artist Otávio Donasci by using electronic helmets and masks, through what is called post-selfie. In order to create an opportunity of encounter between history and these new artists, Donasci will present his first videocreature produced in the 1980’s exclusively at the opening ceremony.

Biography:
Otávio Donasci is a videoperformer, multimedia artist, director and professor.
During the course of a 30-year career, he has developed more than 20 types of videocreatures with his own language called VideoTeatro (VideoTheatre) and has performed all around the world, winning several awards.
videocreatures.com

Abstract:
A performer exchanges people’s faces on the streets as his own face with an iPad. You can recognize him by a face displayed on iPad, which is like a name or icon on the Internet. People on the SNS chose a face for themselves or famous talents or animation characters. This performance expresses the temporality and the anonymity of the Internet. This Project’s name, YamadaTaro, is almost an anonymous name in Japan like ”John Smith”.