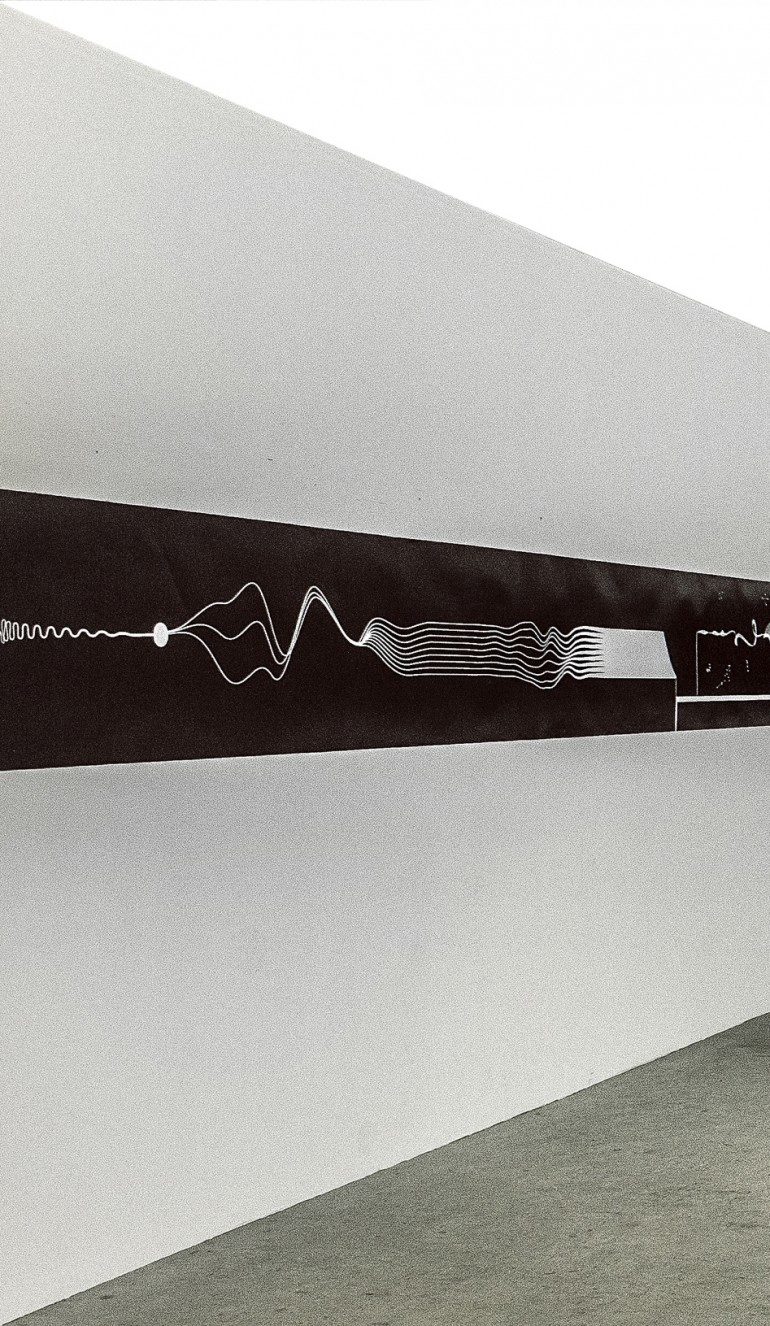 Abstract:
Canda?’s trials of combining various forms don’t necessarily imply the mere creation of a pioneering flash but rather the use of the endless possibilities in associating the known and unknown. Through the unknown, we come about with a new way of thinking that tries to substitute and make space for a new tool of self-expression. Conclusively the graphical notation gives liberate opportunity in creating one’s personal language that holds its basis on feeling the visual and sound in parallel.
Phonation, in accordance to Canda? is the presence of sound language in “SYN-Phon” where the structure is supported by the synthesis itself. Music in its myriad forms extends to exploiting a communicative human language, thereby making the conceptual idea much more of significant importance than the actual tool. For Canda? the presence of music in positively charged negatives spaces is a key element for substitution of the unknown seeking to be expressed. By the happening of “SYN-Phon” the line of musician is crossed into a rather freely inflicted composer. L?rinc and Mátyás as the musical inputs, on trumpet and cello respectively, attain free expression rightfully to the impulses in line of creating a new language.
“SYN-Phon” demonstrates an articulation based on Canda?’s intimate collective findings of Budapest during the month of June. Buda and Pest in the separate geographical allocation hold different quintessence natures, in addition to the anecdote of recent flooding events of Duna it is meant to reach out to the audience as a sensual expressive language. It includes sounds, constructed and picked up in Budapest recorded by Canda? himself. The whole bulk graphical notation is available in print form to be part of the introductory assimilation.
Graphical notation and composition by Canda? ?i?man.
Barabás L?rinc: Trumpet
Ölveti Mátyás: Cello
Canda? ?i?man: Electronics and Objects

Biography:
Canda? ?i?man (1985, ?zmir) studied fine arts in ?zmir Anadolu High School for Fine Arts and graduated from the Animations Department of Eski?ehir Anadolu University in 2009. He spent his one year of college receiving multimedia design training in Holland (2006-2007). With Deniz Kader, in 2011, he founded “NOHlab”, a project which generates collective projects in arts and design. He has received several awards since 2007, among which are an Honorary Mention from Prix ARS Electronica Computer Animation/Film/VFX and Best Prize in Sound Design from Roma Viedram Video Festival. He has participated in many new media festivals. The artist is living and working in Istanbul, represented by PG Art gallery in Turkey.