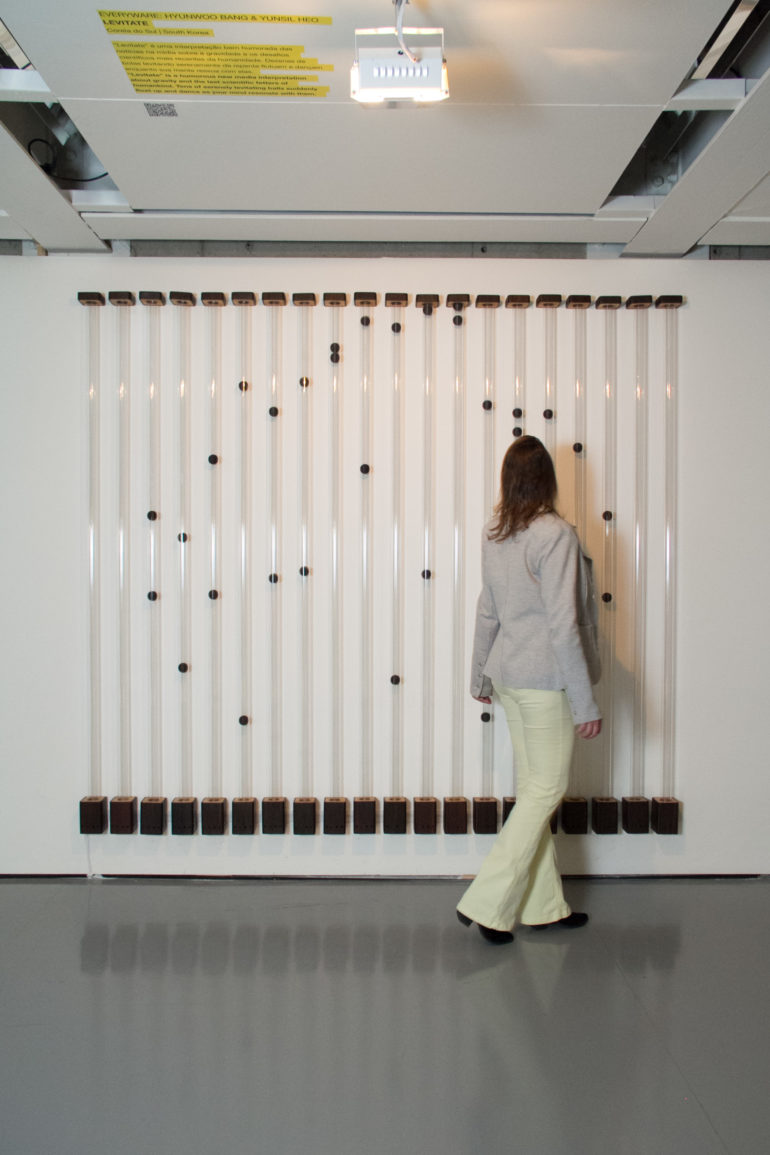 Abstract:
Lord Kelvin, widely known for determining the correct value of absolute zero temperature, firmly believed that heavier-than-air flying machines are impossible. Neil Armstrong got into a steel can, flew that air, crossed the universe, stood on the surface of the moon, and stared at the planet Earth. “Levitate” is a humorous new media interpretation about gravity and the last scientific fetters of humankind. Tens of serenely levitating balls suddenly float up and dance as your mind resonate with them. How can you tell if it was the electro-mechanic phenomenon created by electric circuit boards or if it was just the effect of your psychokinesis? An art gallery is not a science museum. Maybe it was not the psychokinesis that levitated the balls nor the whole thing was a supernatural phenomenon at all. But how can you be so sure that the sentence “Your mind can levitate the balls” is a wronger belief than Lord Kelvin’s statement “Heavier-than-air flying machines are impossible”?

Biography:
Everyware is a creative computing group by Hyunwoo Bang and Yunsil Heo. Hyunwoo Bang worked as an assistant professor of the New Media Lab. in the School of Mechanical and Aerospace Engineering in Seoul National University. Yunsil Heo has an MFA from the Department of Design/Media Arts at the University of California, Los Angeles, and BA & Ph.D. from the College of Fine Arts at Seoul National University. They are new media artists exploring intuitive and interesting communications between the real and virtual worlds. They have exhibited their works at festivals and in galleries, including FILE 2013, SIGGRAPH 2008, 2011 & 2013 Art Galleries, Ars Electronica Center (Austria), the National Art Center Tokyo (Japan), Disseny Hub Barcelona (Spain) and the Victoria & Albert Museum (UK).