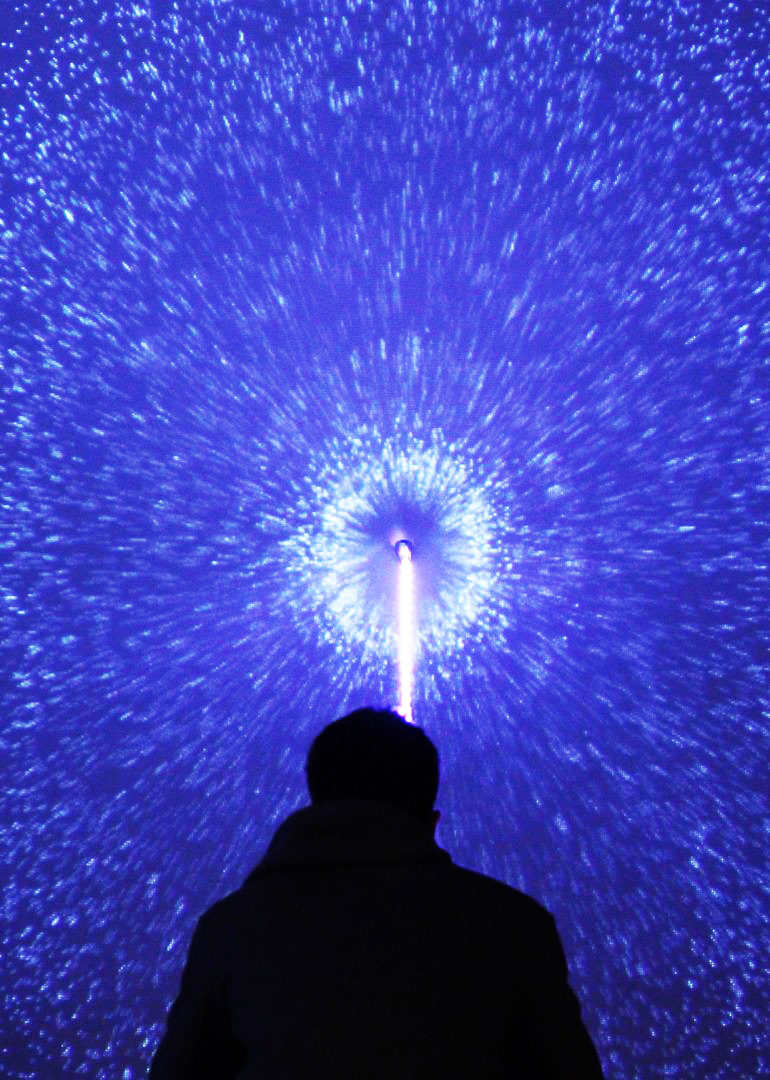 Abstract:
Idea
“Murmur” is an architectural prosthesis that enables the communication between passers-by and the wall upon which it is connected. The installation simulates the movement of sound waves, building a luminous bridge between the physical and the virtual worlds. There is a magical effect, a mystery in the way that sound waves move. “Murmur” focuses on this movement, thus creating an unconventional dialogue between the public and the wall.
Object
Within the frame of the project, a specific device was designed and created in order to collect the murmurs of the public. This object has been called “Echo Chamber”, making reference to Greek mythology. It represents not only the key technique of the “Murmur” device, but also its magical aspect, turning sound waves into light waves.

Biography:
(Philosophy) Based on a collaborative and open approach, the Murmur group has gathered around the project since early 2013. Four disciplines are represented: visual design, object design, sound design and a magical touch of programming. The participating studios are Chevalvert, 2Roqs, Polygraphik and Splank. Each of them has provided not only their expertise in their own specialties but also their insights on the other three.