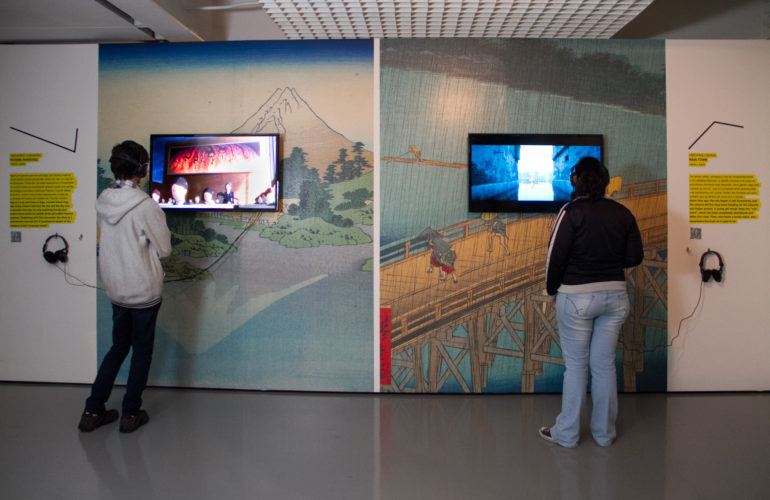 Abstract:
Some time ago, the rain began to fall incessantly, and the citizens left the rainy town heading for the suburbs and higher ground. A young girl strays deep into “rain town”, which has been completely abandoned and fallen into ruins. There she meets a lonely robot, who remembers the town as it used to be. This work uses only tranquil music and the sound of falling rain to gently depict scenes of rather dark, yet beautiful world that makes one feel a certain sense of loneliness and nostalgia. (9’ 55”)

Biography:
Born in Aichi in 1988. Graduated from the Department of Animation at Kyoto Seika University. He has also studied independently, producing his own works, his 2009 animation Fumko’s Confession won a Notable Entry in the Student Category at the Tokyo International Anima Fair 2010, an Honorable Mention in the Best Undergraduate Animation Category at the Ottawa International Animation Festival, and an Excellence Prize in the Animation Division at the 14th Japan Media Arts Festival 2010, which instantly made him the focus of attention.