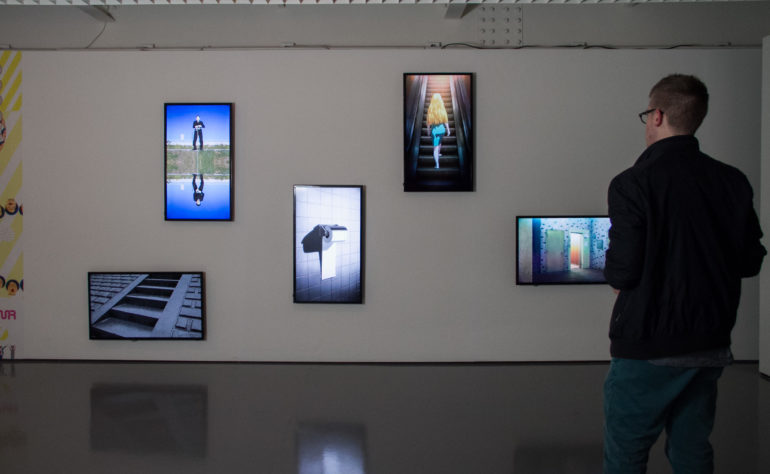 Abstract:
A selection of five short works of loop animation depicting weird things happening in what are otherwise everyday situations. We see a woman walking on an escalator, a man tugging a rope immersed in the water, and an escalator able to ascend after it takes in a balloon. All of these works feature vertical motion and gravity and provide us with the disquieting nature of the bizarre and the visually amusing. The “Nine Holes” series alludes to the belief in ancient Oriental medicine that animals and humans possess nine orifices.

Biography:
Born in Oita prefecture in 1973. Undergraduate and post-graduate studies at Tokyo University of the Arts. The viewers are left wondering about what they see and perceive in detailed ”digital paintings” that might be mistaken for photographs and by the amusing and disquieting animation. Special awards, 12th Taro Okamono Award for Contemporary Art (2009), Jury selection work (Art Division), 2012 Japan Media Arts Festival.