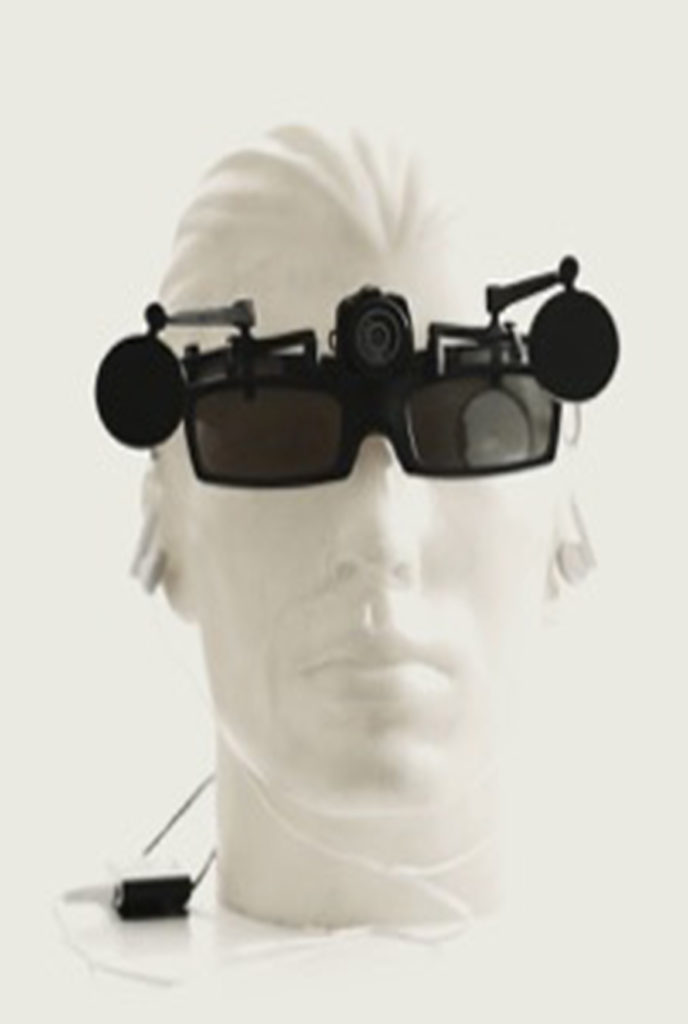 Abstract:
The video installation “Futuro do Pretérito”, through customized glasses, transports us to the universe of the visitor. We see what he has seen, the time he used; at the same time, acting over the visitor, we have a sound intervention and one more device that makes him see what’s behind him, a visual memory connected to his future vision.