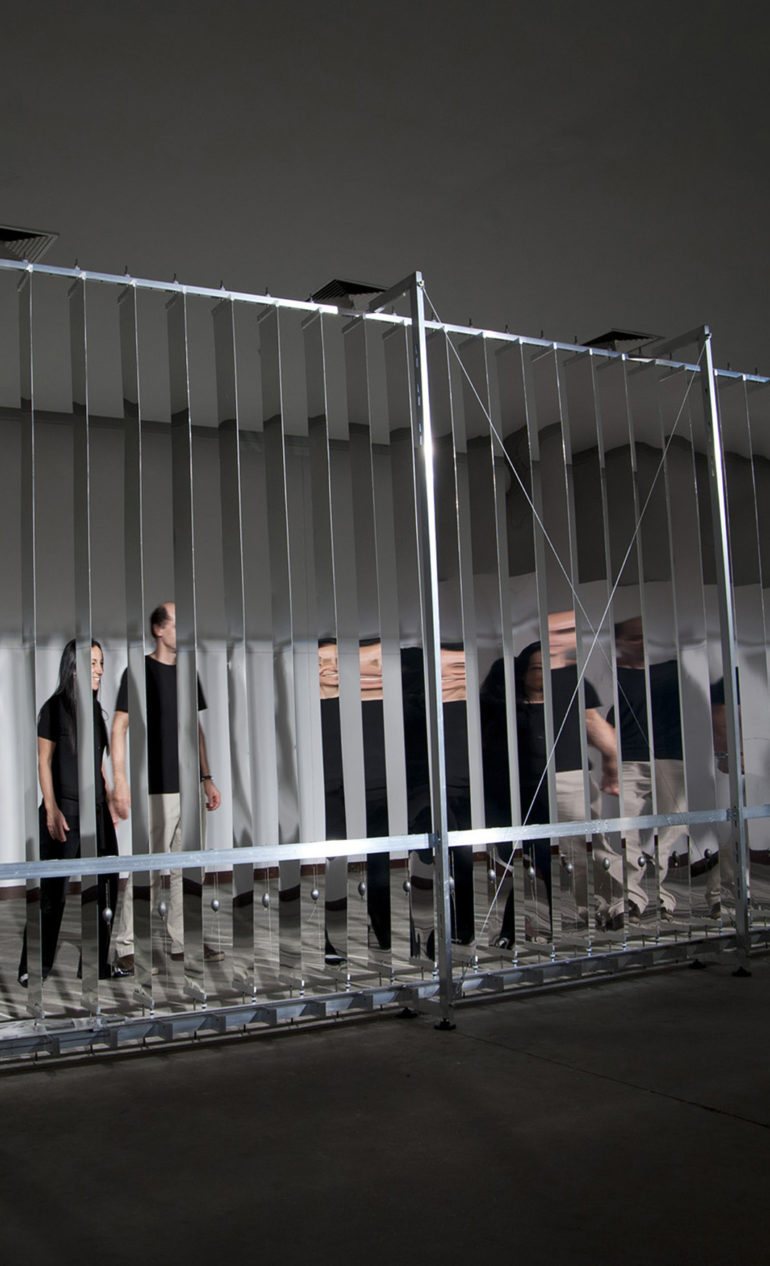 Abstract:
“PAREDE” is a kinetic, interactive structure made from 45 mirror finished aluminium sheets which, in a chain reaction, rotate 180°. The chain reaction happens according to the visitors’ actions. Just like domino, when someone passes by one of the installation’s extremities, they trigger an action mechanism; the sheets turn, one by one, until they rotate.

Biography:
Rejane Cantoni and Leonardo Crescenti (http://cantoni-crescenti.com.br) based in São Paulo, have worked together as an artist duo since 2005. They have held numerous exhibitions in art institutions worldwide, including Ars Electronica in Linz, Berlin and Mexico City; The Creators Project in New York and São Paulo; Glow and STRP festivals in Eindhoven; Espacio Fundación Telefônica in Buenos Aires; Copenhagen Contemporary Art Festival in Copenhagen; FILE International Festival of Electronic Language in São Paulo, Rio de Janeiro, Curitiba and Porto Alegre; Zeebrastraat in Ghent; Mois Multi in Quebec; Thingworld. International Triennial of New Media Art 2014 in Beijing; Ruhrtriennale 2014 in Duisburg. In 2014 they received a Prize for ”VOICE”, in 2010 for ”SPEAK” and special mention for ”TUNNEL” in Linz at the PRIX Ars Electronica.