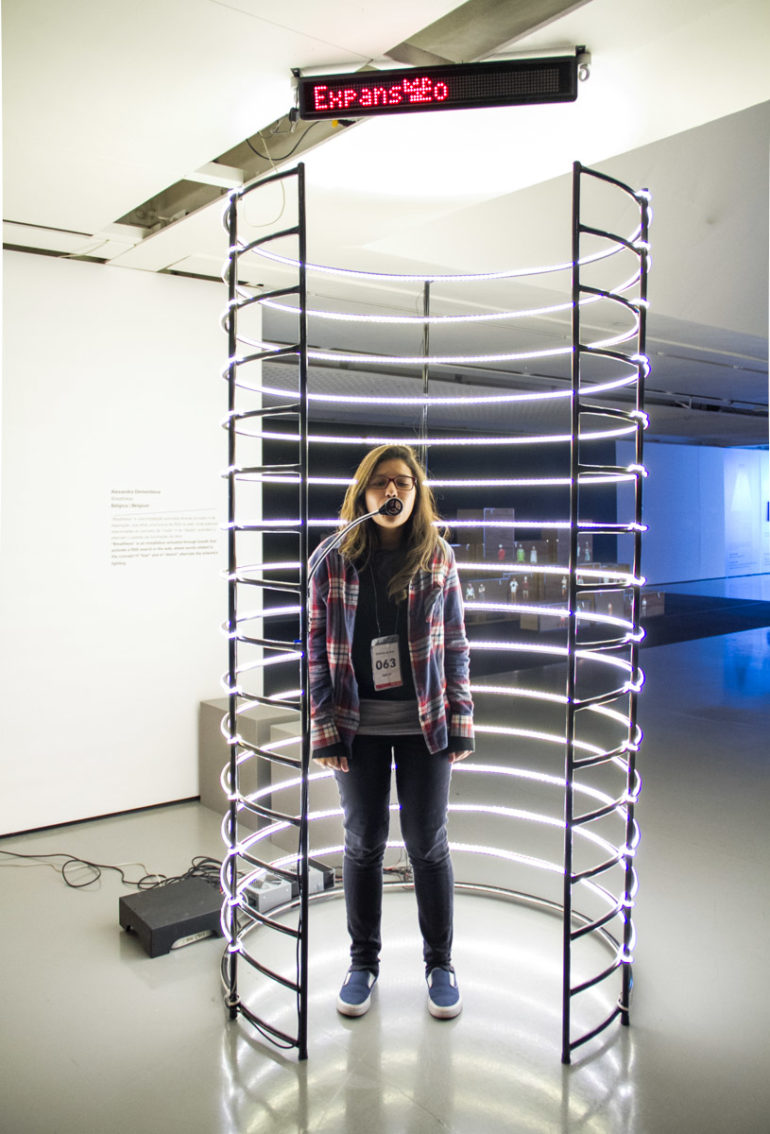 Abstract:
A computer searches for all words related to the concept of fear (in the first sculpture) and desire (in the second) in the RSS and web feed. Each word found is printed on a LED display. The individual ribs surrounding the viewer react to the data, lighting up in a movement from bottom to top as results render matches with the alternating words. The more hits, the more light is cast beyond the fleeting headlines and tendentious news trends while entranced viewers try to catch their breath within technological bodies.
The spectator can walk inside the actual cabin, where an airspeed sensor is located. When she/he blows on it, the pattern of illumination changes, and the words on display begin to fade, which makes room to a meaningless set of characters and letters. The simple act of breathing becomes visible and important as a symbolic resistance to the power of the mass media.

Biography:
Alexandra Dementieva’s principal interest as an artist is the use of social psychology, self-perception theory and behaviorism in her installations as well as the development of film narration through the point of view of a subjective camera. In the heart of all her works, there is a clearly defined idea of interaction between the spectator and the work of art, which emerges through cutting-edge technological means to create interactive visual and sound ranges.