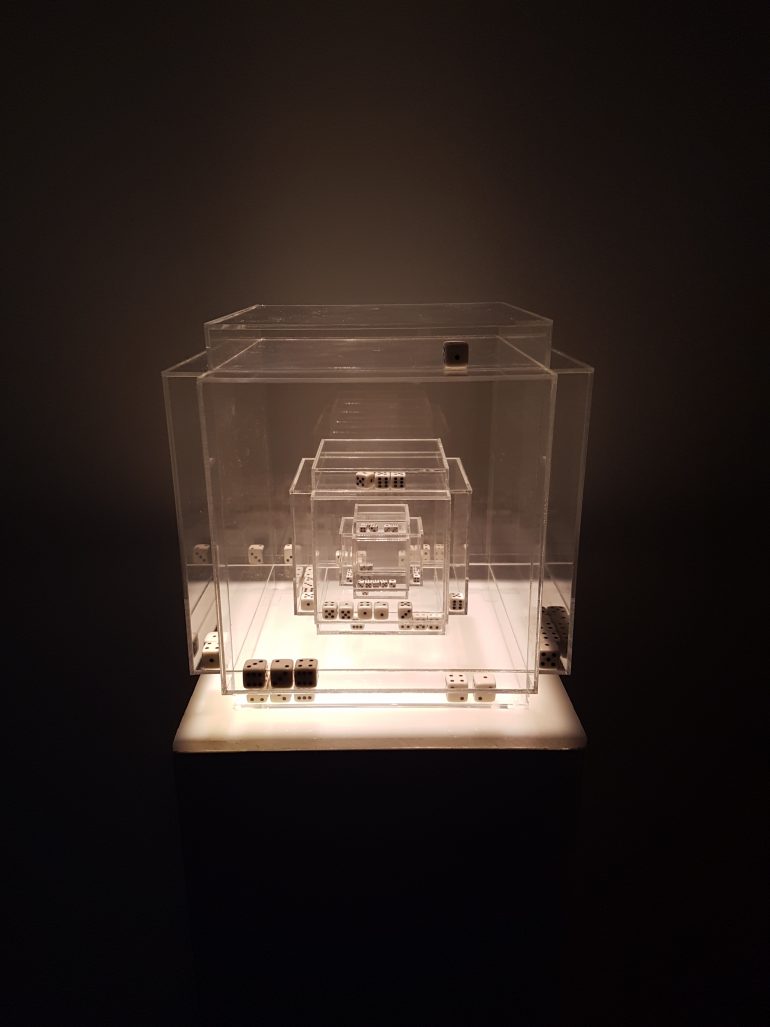 Abstract:
When we read the text by the French philosopher Gilles Deleuze about the Ideal Game, we are surprised when he postulates as the first rule: “there is no rule”. Soon, all the other games that have some rule are, for him, partial. That is, products of the ideal game.

A game where there are no rules implies a completely free game creatively. The question to be raised is whether there is a grey region between the ideal game and the partial games, so that the rules established in the partial games could be suspended. This way we could unpartialise the games bringing them closer to the ideal game or some kind of almost ideal game.

If we take the rules of any game, it means it stops to work immediately, except in the ideal game. Therefore, the key question is: how to suspend the rule of a game so that it can continue to work? In a dice game, the rule is simple: by casting the dice over a surface, one or more players choose a number previously. When the dice, after being cast, stops moving, the result shows up and he who chose the right number is the winner.

The solution we gave to an “almost ideal” game as of the dice game was to chance each component of the rule so that this became suspended.

2- Despite the structural modification of the dice, there was no guarantee of the suspension of the rule. It was necessary to conceptualize the same way Jorge Luis Borges did in his The Library of Babel, where each modified dice contained itself other modified dice in a continuous and indefinite serialization; without beginning and without end. Thus, both the casting of the dice and the expected result become infeasible and therefore the rule becomes suspended.

When Stephane Marllarme created the famous line of her poem of the same name “Un Coup de Dés Jamais N’Abolira Le Hasard”, in which she says that a casting of dice will never abolish luck, we can say that she was completely wrong, because the almost ideal dice showed that if we take luck to the extreme, it becomes infeasible, so luck is abolished.

Biography:
Ricardo Barreto is both an artist and a philosopher. Active in the cultural scene, he works with performances, installations and videos. He has been dedicated to digitalization since the nineties. He has also taken part in several national and international exhibitions such as: XXV Biennial of São Paulo in 2002; Institute of Contemporary Arts (ICA) London – Web 3D Art 2002, among others. He presented the digital installations Charles in London, Nietzsche – the First Avator and feelMe in co-authorship with Maria Hsu. He also conceived and organizes together with Paula Perissinotto the FILE – Electronic Language International Festival.