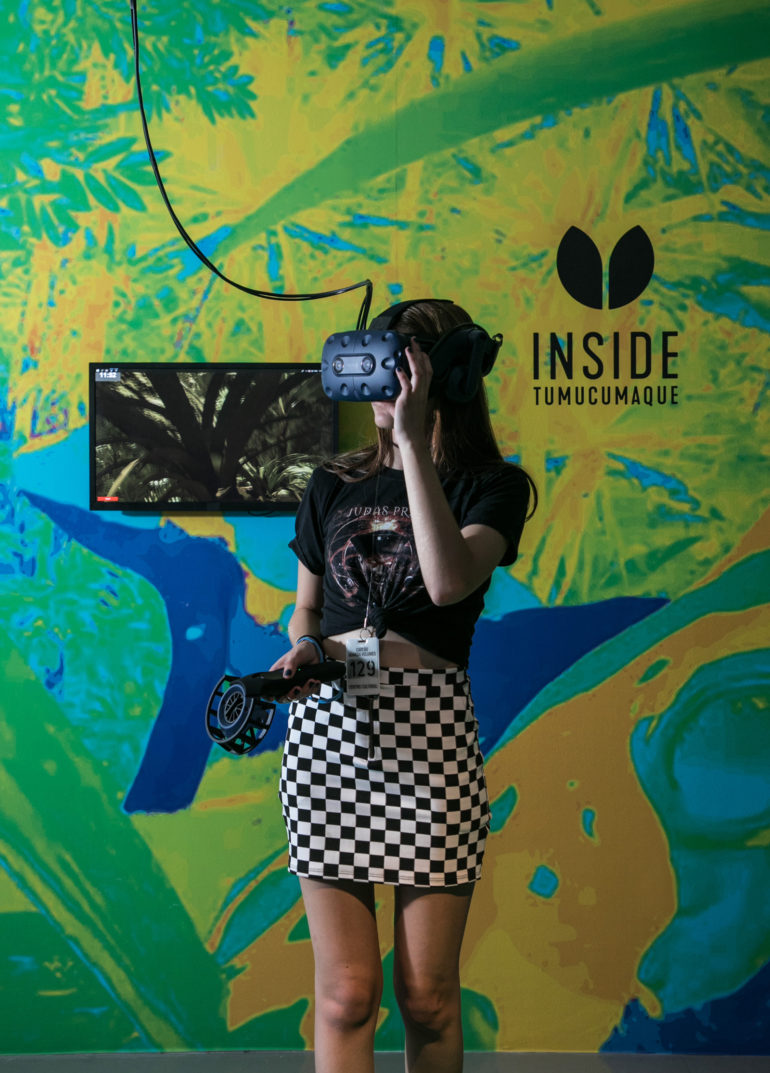 The Tumucumaque nature conservation area is situated in Northern Brazil and is currently under threat. The interactive VR experience ‘Inside Tumucumaque’ places us in a clearing in the middle of the Amazonian rainforest, giving us an opportunity to discover and explore many different aspects of the surrounding area. We can immerse ourselves in the ecosystem of the rainforest and slip into the life of a vampire bat, a black caiman, a harpy eagle, a Goliath bird eating tarantula, or a poison dart frog. We experience the creatures’ senses both visually and through touch, scientific research being interpreted and conveyed to the public in a playful and exciting way.

We become aware of the beauty and vulnerability of the Amazonain rainforest’s unique ecosystem and the extraordinary abilities of the creatures that live there, close-up and in real time. They have evolved to become ideally suited to the environment they live in, with ways of life and perceptions that are as varied as they are complex.

Filmtank is specialised in documentary formats and initiated the Deltas Project with TV documentaries and the VR experience Inside Tumucumaque.

Artificial Rome has won many awards for fusing aesthetics and technology into sensual experiences. The company’s artists are responsible for the stage and costume design, conceptual development and technical  realisation.

‘Inside Tumucumaque’ is a project of Interactive Media Foundation and Filmtank, co-created with Artificial Rome. In cooperation with Museum für Naturkunde Berlin. Funded by MFG Baden-Württemberg and Medienboard BerlinBrandenburg.