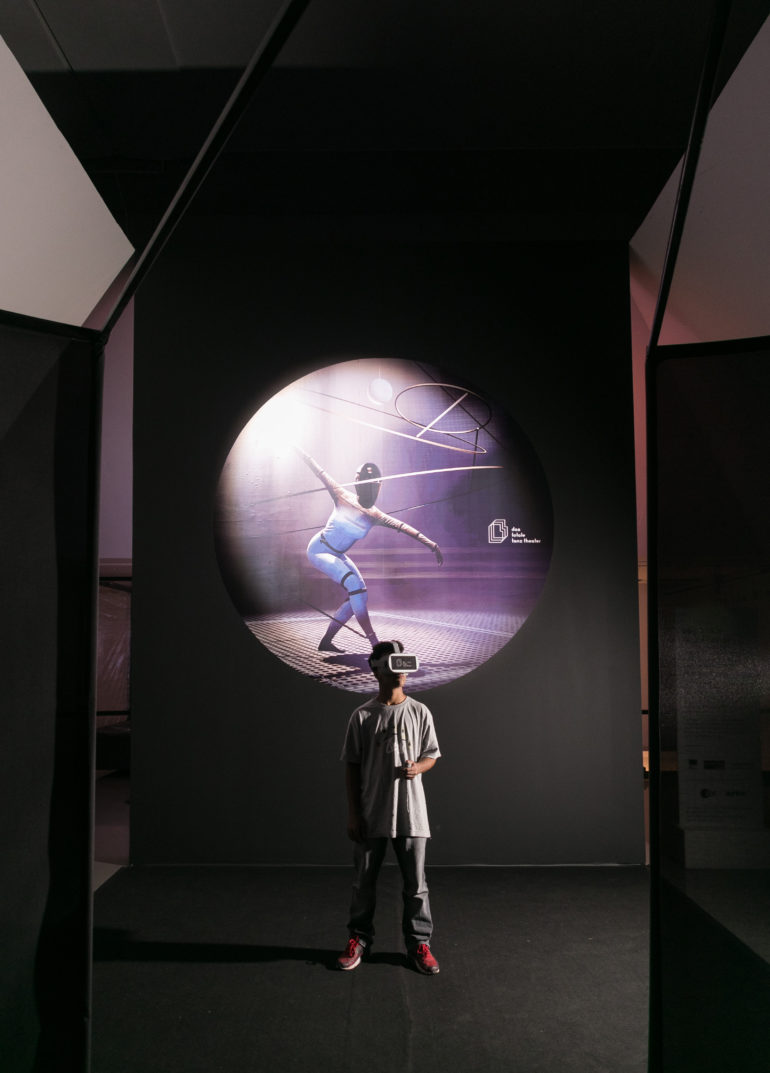 New theatrical spaces will appear. They will be places for new concepts in optics, mechanics and acoustics to emerge. As Oskar Schlemmer at the Bauhaus School postulated, people will not moan about mechanisation but have joy in its precision. From 1922, theatre became of fundamental importance to Schlemmer at the Bauhaus. He was concerned with all aspects of performance, from role play to the physical space. The school found its social heart in its experimental staging. Walter Gropius went on to develop a utopian structural model for a total theatre. A stage that completely surrounds the audience, making them an integral part of the performance. Today, virtual reality (VR) provides a comparable theatrical experience and is, perhaps, what characterises our age. However the questions surrounding technical development remain the same: what would it mean if the mechanisms started to become independent; to develop a life of their own? ‘Das Totale Tanz Theater’ is a response to that question that is both content-based and technical, bringing the Bauhaus’ historical experimentation from the physical stage to an interactive, real-time virtual environment.

Filmtank is specialised in documentary formats and initiated and produced the project Bauhaus Spirit for the centenary of the legendary art and design school.

Artificial Rome has won many awards for fusing aesthetics and technology into sensual experiences. The company’s artists are responsible for the stage and costume design, conceptual development and technical realisation.

Das Totale Tanz Theater is a project of Interactive Media Foundation and Filmtank, co-created with Artificial Rome, part of the project Bauhaus Spirit. Funded by Fonds Bauhaus heute of the Federal Cultural Foundation and the Medienboard Berlin Brandenburg.