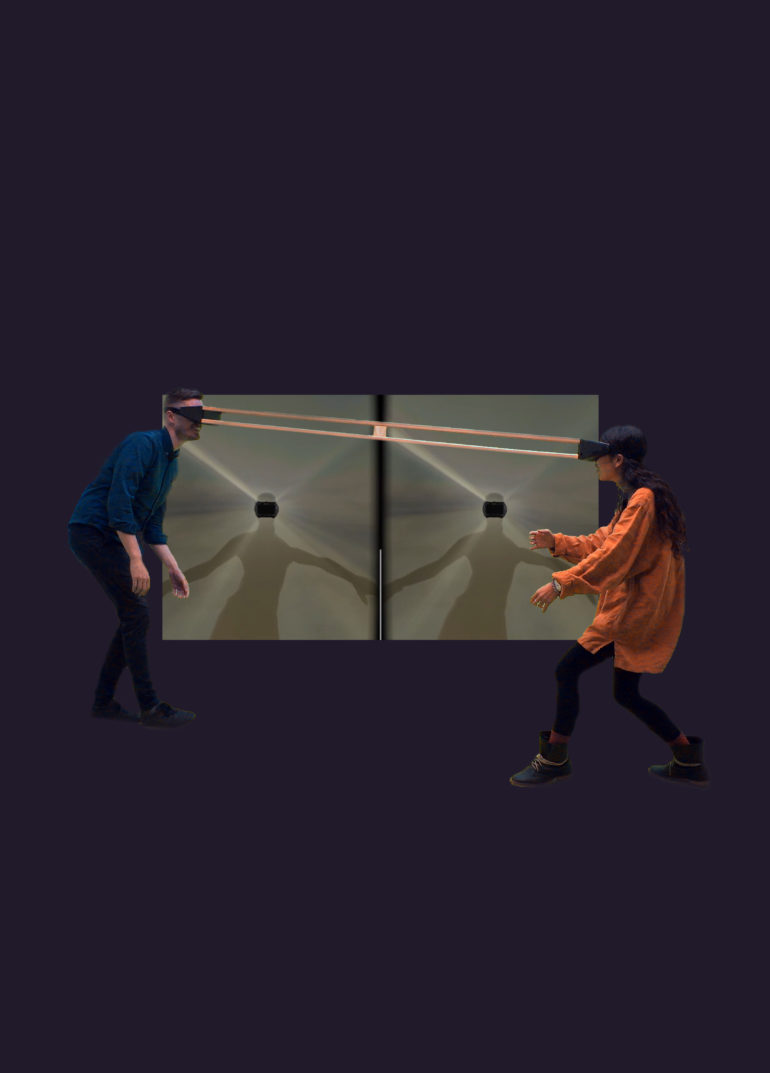 ‘Scope’ consists of two VR (virtual reality) headsets which are attached to each other via a six-foot long rigid sculpture. As the two viewers move through both physical and virtual space, they direct and influence each other with their heads, via the structure that unites them.

Kristin McWharter is a multi- disciplinary artist whose work interrogates the relationship between competition and intimacy. Integrating innovative and novel technologies within immersive sculptural installations and viewer- inclusive performances. McWharter’s work imagines new and alternative forms of social behaviors and relationships. Inspired by 20th century social and psychological research into “the self”, collective decision making, and technology as a contemporary spiritual authority, her work blurs the boundaries of social intimacy and consumer culture in an effort to evoke the viewer’s individual relationship with feelings of affection, antagonism, sincerity and discomfort within the larger social context.