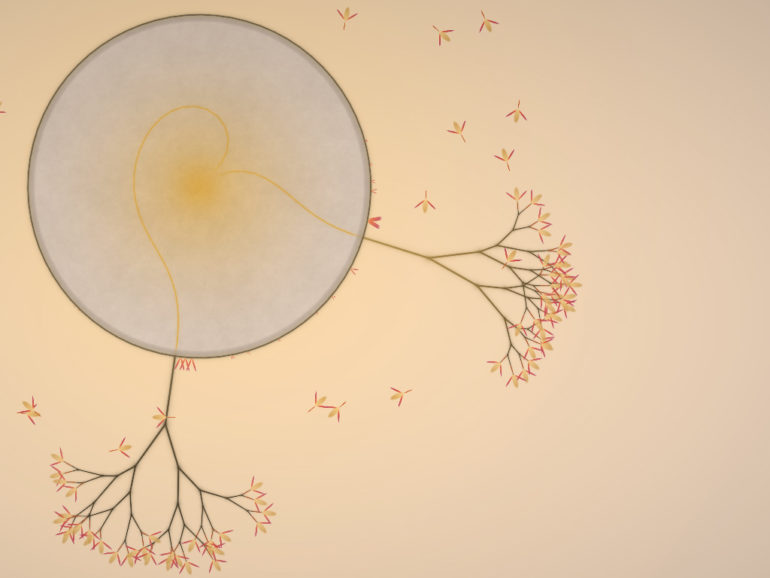 Abstract:
“Eufloria” is an ambient game of space exploration and conquest that employs surprising themes of plant growth and bio mechanical evolution. The game allows the player to explore a beautifully realized universe rendered in a style that is both unique and compelling. “Eufloria”‘s aesthetics are reminiscent of children’s books like “the little prince” and the gameplay is supported by an original ambient soundtrack by Brian Grainger.

Biography:
Alex May is respect programmer with over 7 years of industry experience. He has been involved with a number of very well known licenses including Buzz and Avatar the last Airbender and is very active as an independent developer working on innovative and high quality titles. | Rudolf Kremers is a game design veteran who has worked on a plethora of games ranging from small and fun titles for handheld systems to multi-million selling games and franchises on consoles and pc. His professional experience includes work on original new IP as well as famous established brands like Harry Potter, Championship Manager and Hitchhiker’s Guide to the Galaxy. | Brian Grainger is a multitalented and prolific musician and audio specialist whose output is enormous and of high quality. He released over 50 albums, remixed for many people and runs his own record company. Brian is an avid computer and console gamer, and hopes to continue audio design and soundtrack work within the gaming industry.