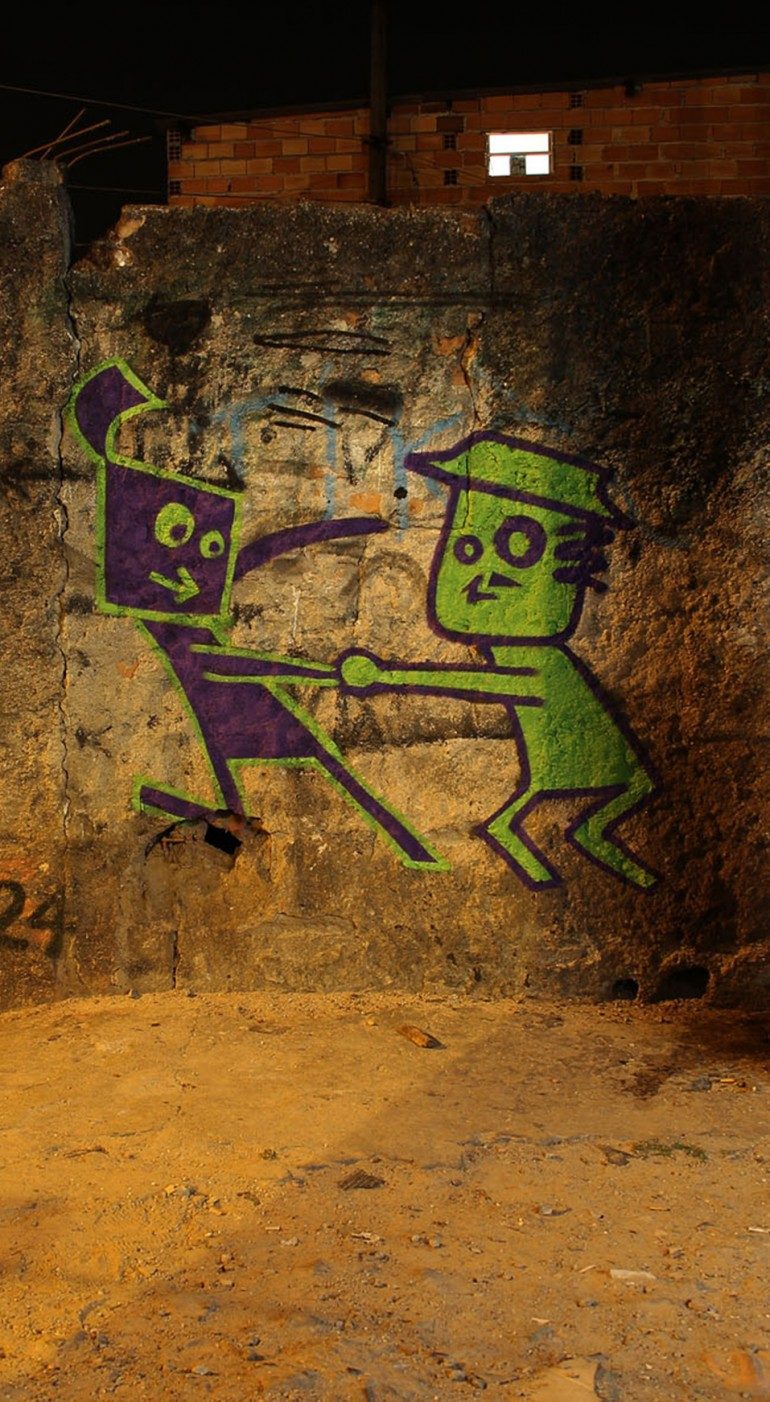 Abstract:
In the 21st century São Paulo, graffiti characters dance a 1950’s song. Short film made with urban art elements spread through the Brazilian metropolis of 11 million people as a way to draw attention to the animation process and the urban space itself