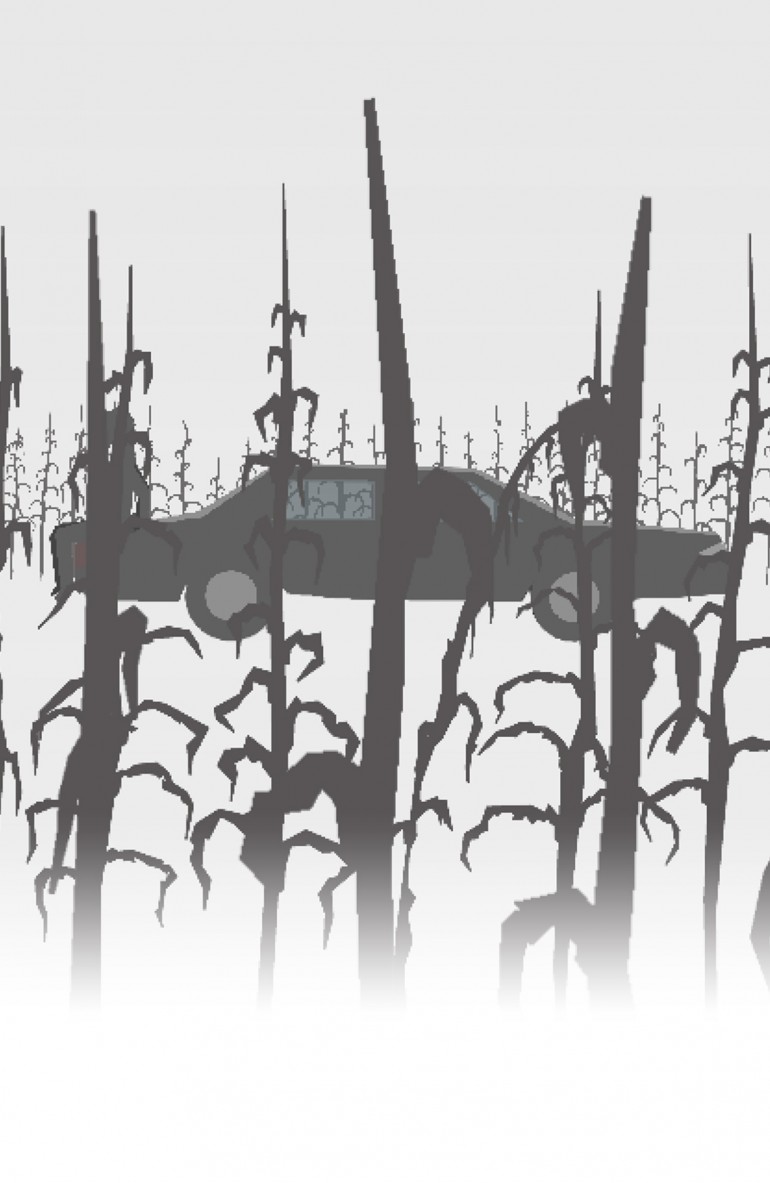 Abstract:
In her mid-20’s, Kelly has been forced to move back to Nebraska. Back to that flat expanse, that seemingly endless sea of rustling cornstalks peppered by rusty silos and rustier towns. A typically intense Midwestern storm is approaching while Kelly is out; she needs to get home. “Three Fourths Home” is a visual short story in which players assume the role of Kelly during her drive through the storm.