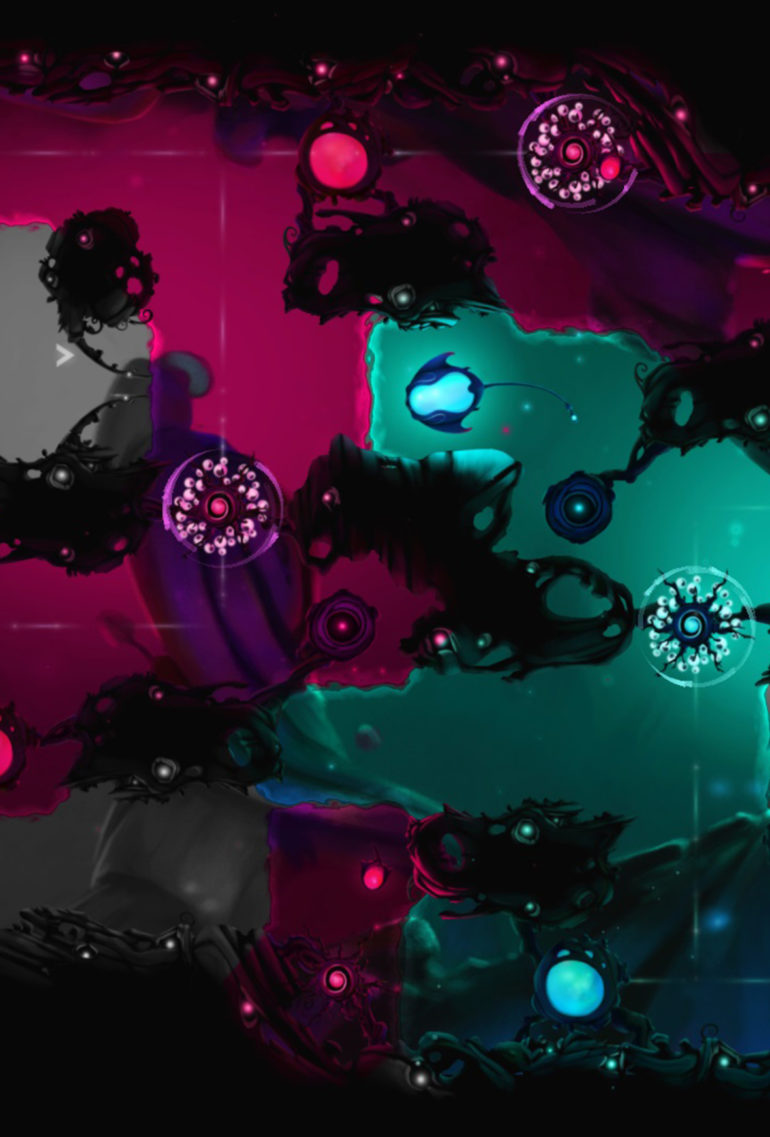 Abstract:
“Interloper” is an online multiplayer real-time strategy game with matches that take only 5 minutes. You fight for your tribe by claiming domain using spatial reasoning to gain strategic advantage. The expansion of territory is the main goal of the game. The game’s main unit, the Sentinel, cannot attack or be attacked: it can only spread domain. Instead of destroying your enemy’s base, you overtake it. Instead of killing your opponent, you corner him.