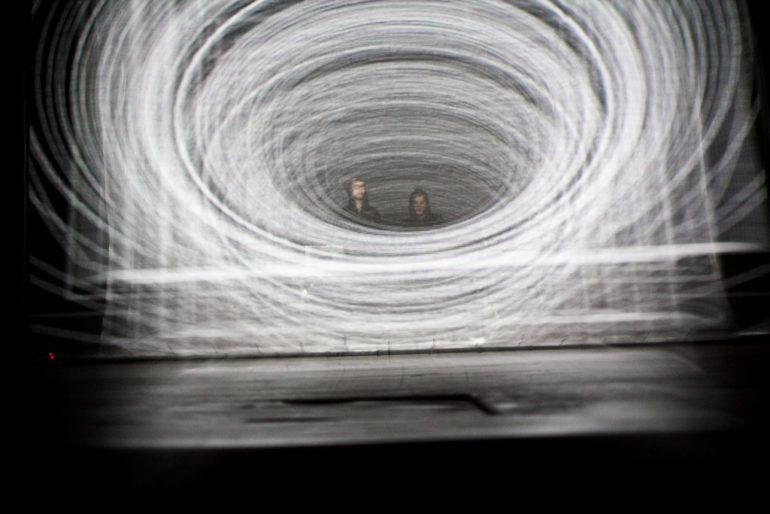 Abstract:
It all begins with Exyzt where Franz, co-founder of the multidisciplinary collective and designer of Etienne de Crecy and Vitalic scenographies, met Fernand, member of “Father Divine” with Mike Ladd (signed on the legendary NYC based label RoiR). Euphorie was born. Created by 1024 Architecture with the support of Arcadi (founder of Nemo festival in Paris), the audiovisual performance reconsiders the guitar hero myth by replacing the old device with “neon guitars”. Both intimate and surprising, Euphorie plays on the spectator experiences in contemporary theater as well as in electronic music, offering the audience a brand new approach.