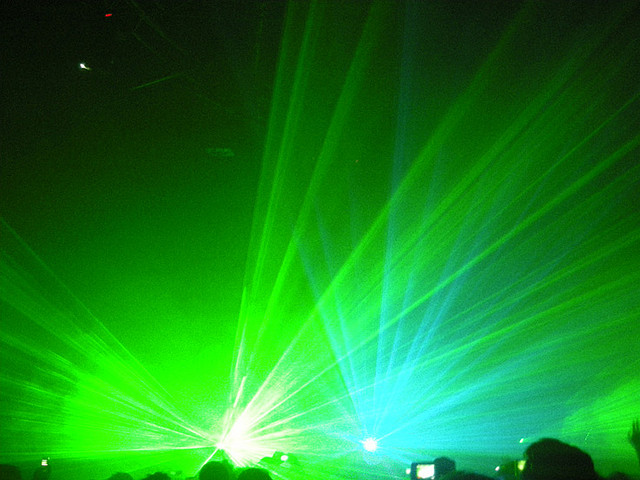 LSP is a performance where image and sound play equally important roles. The performance environment allows the audience to change their perspective continuously. The image is generated by means of a laser projecting on a thin layer of smoke in the space. Image and sound originate from the same real-time generated source in the computer. The development of the performance fluctuates between the dominance of image over sound and vice versa.