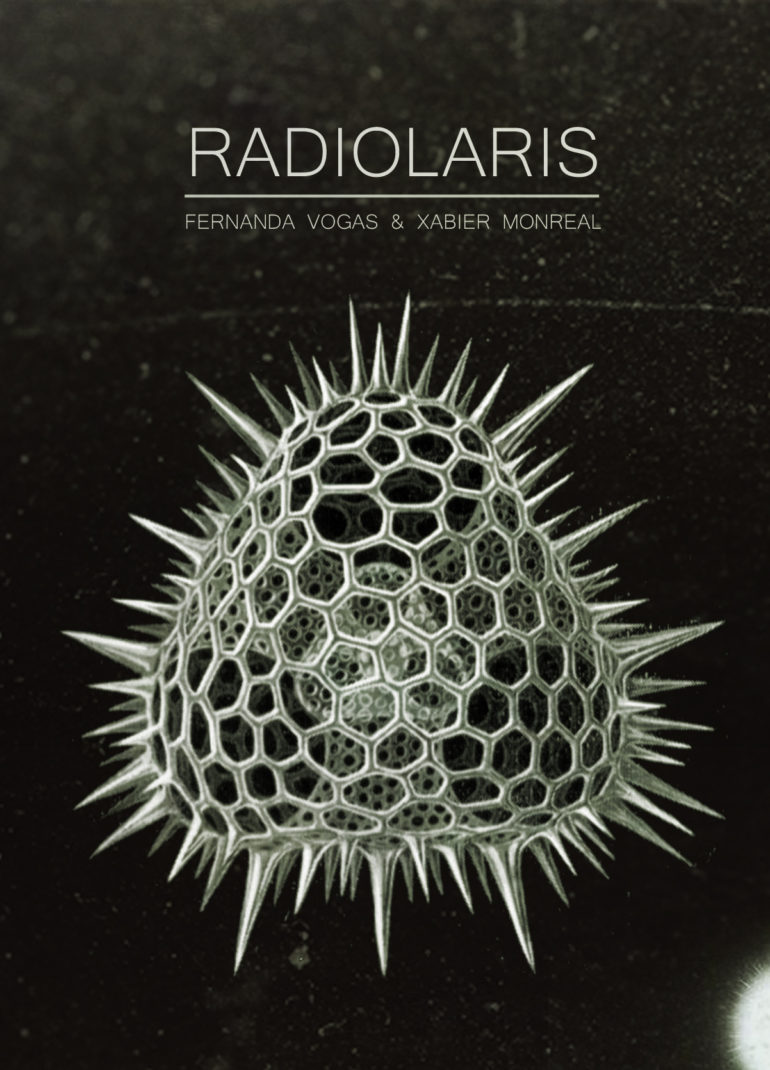 Abstract:
Radiolaria plankton have intricate mineral skeletons which vibrate, producing sounds which are turned into optical and sonic images. Biologist Ernest Haeckel, author of the book Art Forms of Nature, published in 1904, influenced 20th century architecture, drawing, and painting and now serves as inspiration for the “Acusmática Visual” project.

Biography:
Fernanda Vogas is a visual/sound artist and producer She lectures on the Visual Arts (Interdisciplinary Poetics) at the Federal University of Rio de Janeiro.

Xabier Monreal is a musician and visual artist. He trained at the Massana School in Barcelona. Fernanda and Xabier have been working together since 2010, when they were selected by filmmaker Lars Von Trierto to work on his Gesamt project. Their prize-winning works have been shown at important national and international festivals. They started the Acusmática Visual Project in 2016.