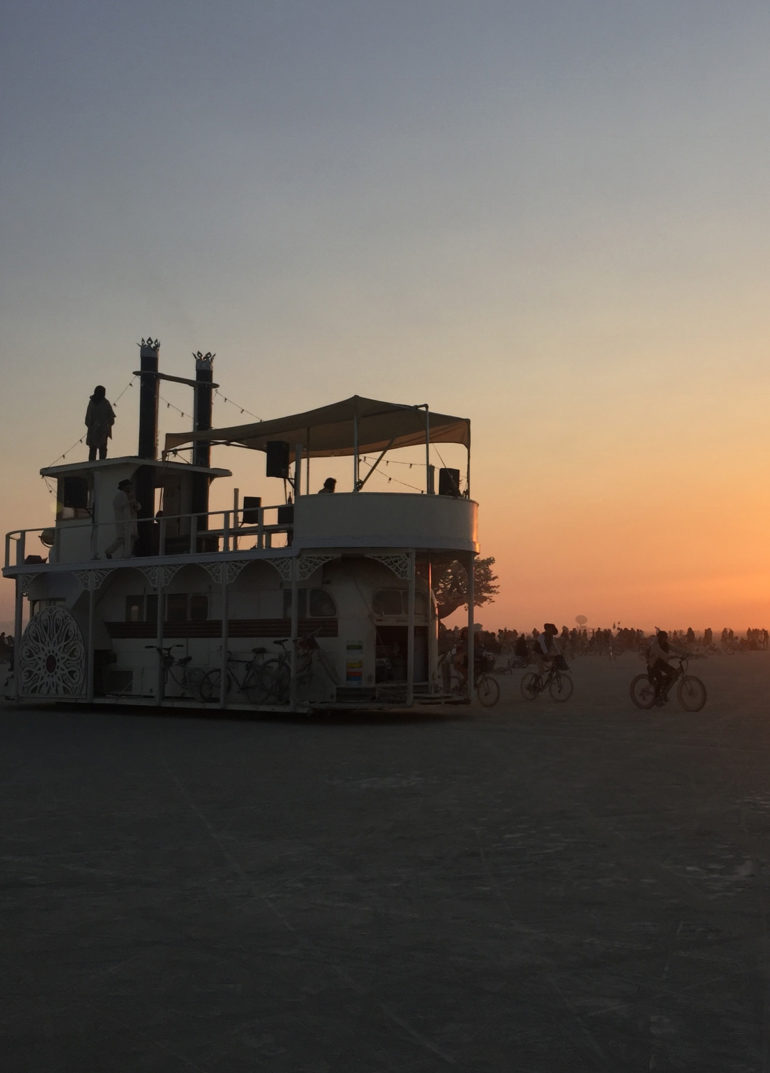 ‘Mutant Vehicles’ is a digital album created from his sets at the 2017 Burning Man festival. A utopian paradise and the model of happiness for fellow enlightened hipsters, the festival is very real and reachable. The tracks were produced with an Electron Octatrack and MAM MB32, the little prototype acid music machine from Bavaria. Denys is striving for diversity, a brave new world, evolution, conscious sustainable living, empathy and animal and human rights as a volunteer, so his message to the world is radical and simple: “Superman Exists! Look in the mirror!”

Denys Voloshyn is a Ukrainian underground electronic music producer. He thinks that house and techno music are art, though some DJs don’t think that way and what they do is not art. Of all the arts, music stands out as you cannot own the sound. You can buy it on a media but then it is not really art, when you rely on sales and market trends. At least not art as Joseph Beuys would have it, when he positions the consumer economy against art. Music can only be art when it is independent, futuristic, counter-culture, music that pushes against the limits, with new forms and methodologies. That’s exactly what Denys is doing.