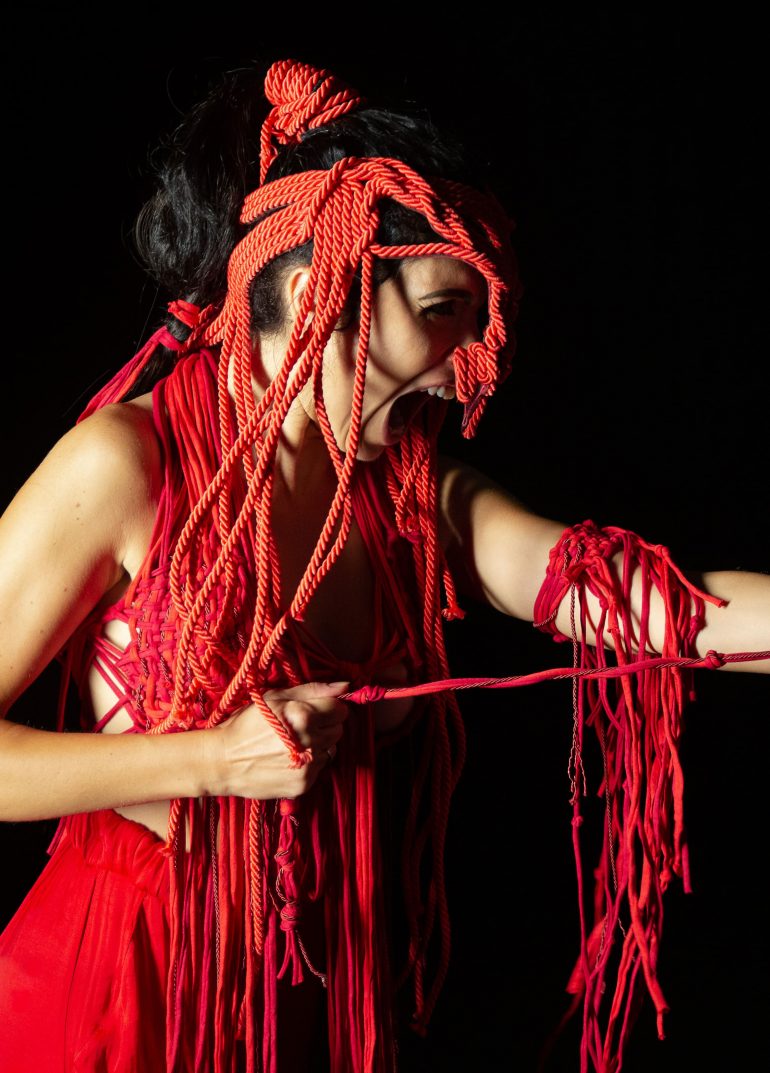 As a result of everybody not being able to dream anymore, Cheshire Cat wanders in empty darkness. She sinks in her psychosis and encounters her alter ego, The Black Queen, who challenges her to break free. As the craziness escalates, she evokes distorted versions of Wonderland’s inhabitants (The Red Queen, The Mad Hatter). Her story is narrated by the Hanging man. Ultimately, she resigns to living isolated in her nightmare.