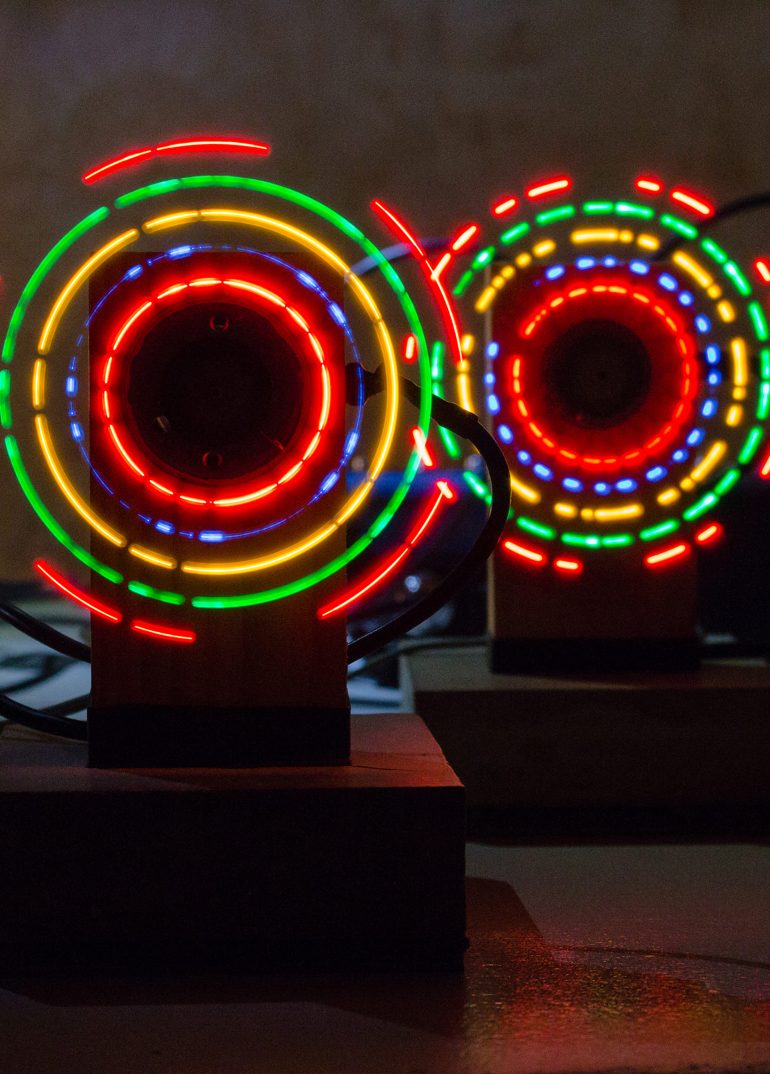 In the sound performance “Motosc”, Robert Mathy uses electric motors as sound generators. Specified speed changes in the engines are converted into sounds by pickups. Analogous to the oscillating sound waves, the LEDs mounted on the rotor blades of the motors provide visual feedback of the subtle speed changes.The work refers technically to early attempts of electronic sound production and acoustically to contemporary sound environments like motorized traffic, air conditioning, etcetera.

Bio:
Robert Mathy lives and works in Vienna. He studied Digital Arts at the University for Applied Arts in Vienna as well as at the Universidade de São Paulo. Mathy has been working in the felds of digital arts and doing research on the possibilities of electro acoustic sound development. The outcome of the latter is regularly influencing his performances and installations. His work has been shown in several countries at renown arts festivals.