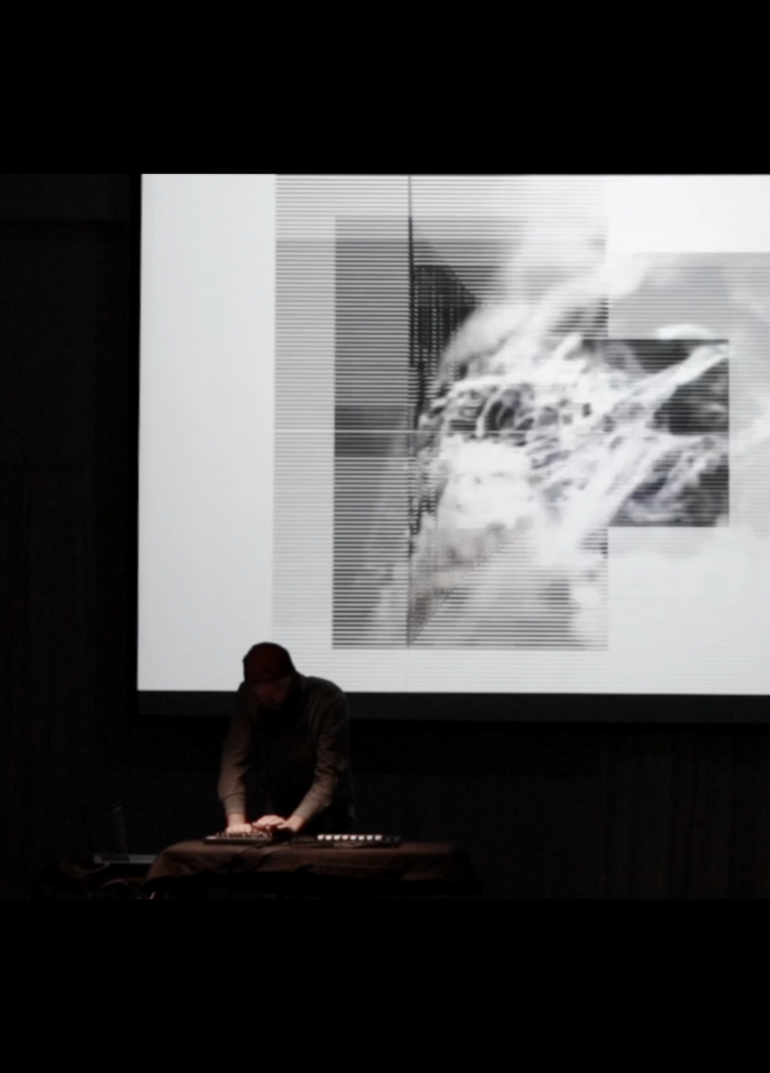 “Neutro” is an audio-video multichannel live performance aimed to explores ‘insignificance’ using forms of sound that develop over time and space. The work has four parts, each part uses a different video technique. The digital sounds are generated from repeated, layered sound samples also created using a variety of techniques. This results in an asynchronous, polyrhythmic audio-visual structure that changes in the space.

Simone Sims Longo is a composer of electronic music and new media artist. He is interested in creating and processing sound in the digital domain, focused on timbre exploration. In his works he often uses a multilevel iteration of sound, investigating on asynchronous polyrhythmic texture changes. He also focuses his activity on the relation between audio and video in real time, performing acts of visual music that explores the perception of audiovisual phenomena.