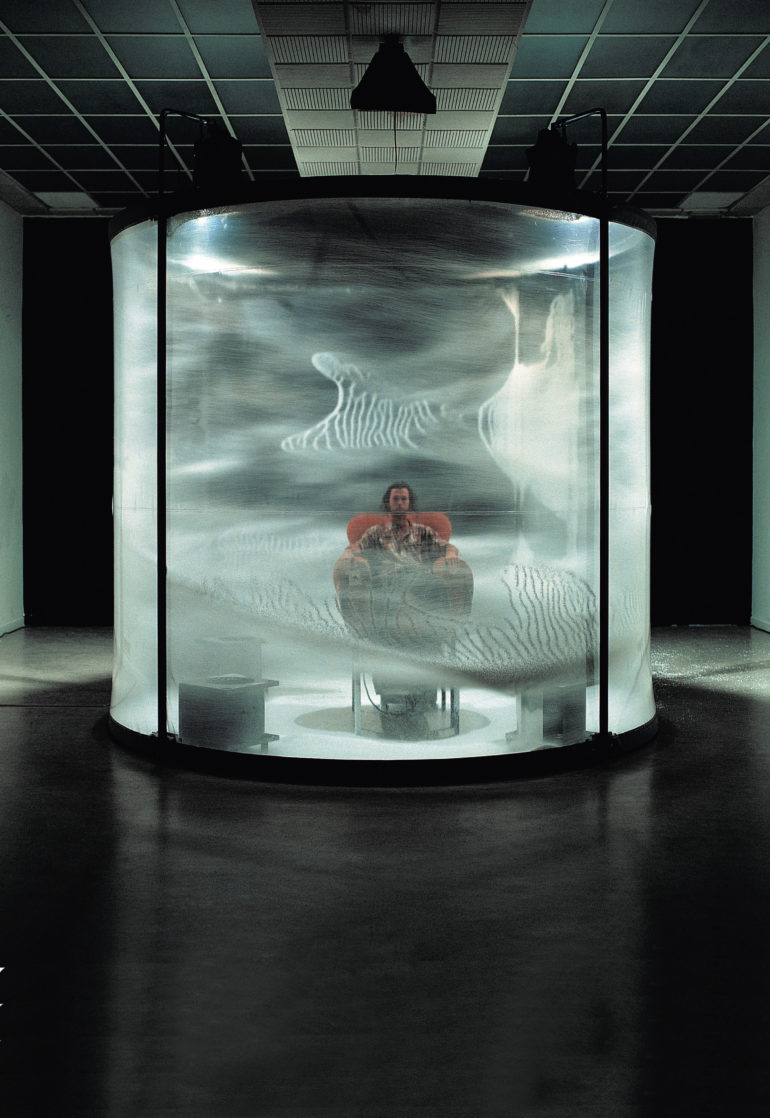 Abstract:
Styrofoam beads are blown around in a big transparent PVC cylinder by five strong fans. Visitors can take place on the armchair in the middle of the whirlpool or observe from the outside one at a time. On the chair, in the eye of the storm it is calm and safe. Spectacular at first sight, this installation turns out to mesmerize like a kind of meditation machine. One can follow the seemingly cyclic patterns, focus on the different layers of 3D pixels or listen to its waterfall sound. One could call it a training device, challenging the visitor to stay centered and find peace in a fast changing environment. After a while the space seems to expand and one’s sense of time deludes. | ‘Nemo Observatorium’ – Lawrence Malstaf/Galerie Fortlaan 17, Gent (B).