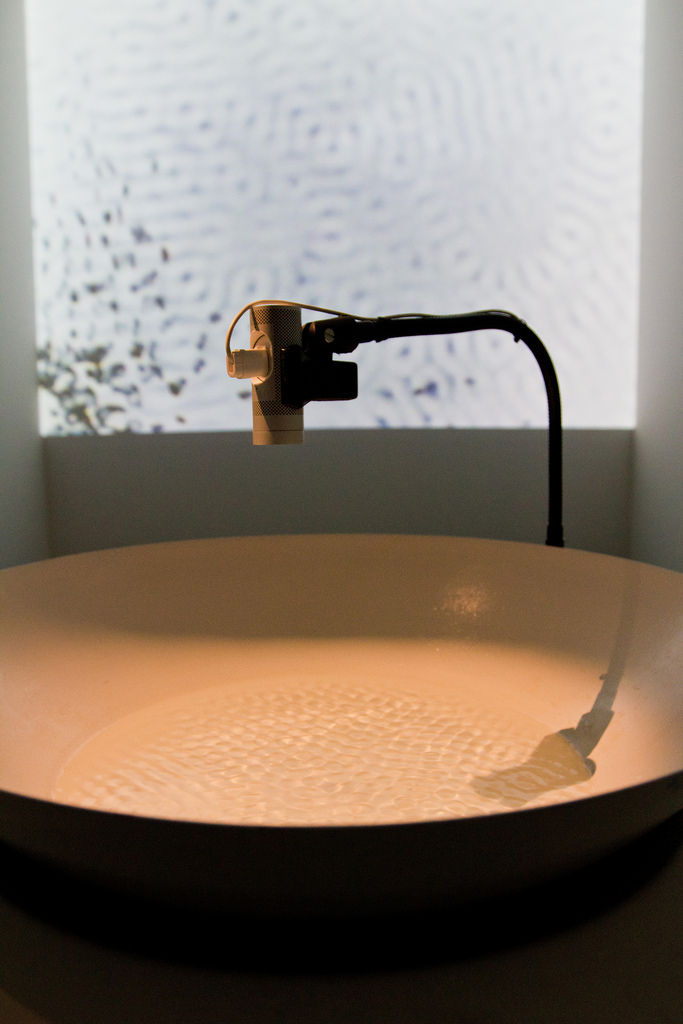 Abstract:
This artwork responds to the current size and timing of the waves of the closest ocean of its current location. Every half hour the most current data from the closest ocean buoy station is downloaded. Custom software uses the current wave height and dominant wave period data from the buoy and transforms that information into a low frequency sound wave. As the size and timing of the waves in the ocean change, so does the frequency of the sound waves produced by the software. These sound waves shake a bowl of water sitting on top of a speaker. This shaking produces wave patterns in the bowl that are captured by a video camera, modified by the software and projected onto a wall. As the waves in the ocean change size and frequency, the waves in the bowl will also change. This results in continuous variations of the shapes and patterns that one sees and hears which also reflects the constant changing conditions of the ocean.

Biography:
Matt Roberts (USA) is a new media artist specializing in real-time video performance and new media applications. His work has been featured internationally and nationally, including shows in Taiwan, Brazil, Canada, Argentina, Italy, Mexico and in New York, San Francisco, Miami, and Chicago. He has shown in several new media festivals, including ISEA, FILE, 404, CONFLUX, and recently received the Transitio award from the Transitio_MX Festival in Mexico City. He is the founder of MPG: Mobile Performance Group, and an Associate Professor of Digital Art at Stetson University.