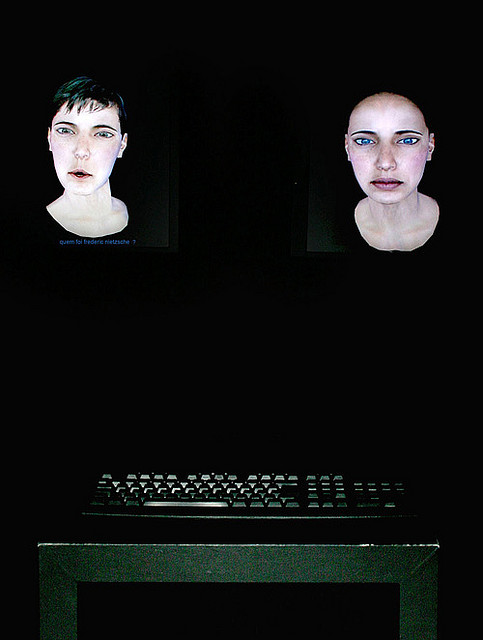 Biography:
Ricardo Barreto is both an artist and a philosopher. Active in the cultural scene, he work with performances, installations and videos. He has been working with digitalization since the nineties. He has also taken part in several national and international exhibitions such as: XXV Biennial of São Paulo in 2002; Institute of Contemporary Arts (ICA) London – Web 3D Art 2002. He also conceived and organized together with Paula Perissinotto the international FILE – Electronic Language International Festival.

Maria Hsu has been dedicated to Visual Arts experiencing the following midia: painting, photography and digital art. She has also an interest in phylosophy. Anselmo Kumazawa graduated in Computer Sciences in 1999 at Sao Paulo University where he is concluding his post graduate studies. Besides his interest in Digital Art, he is the development manager in an E-learning project.