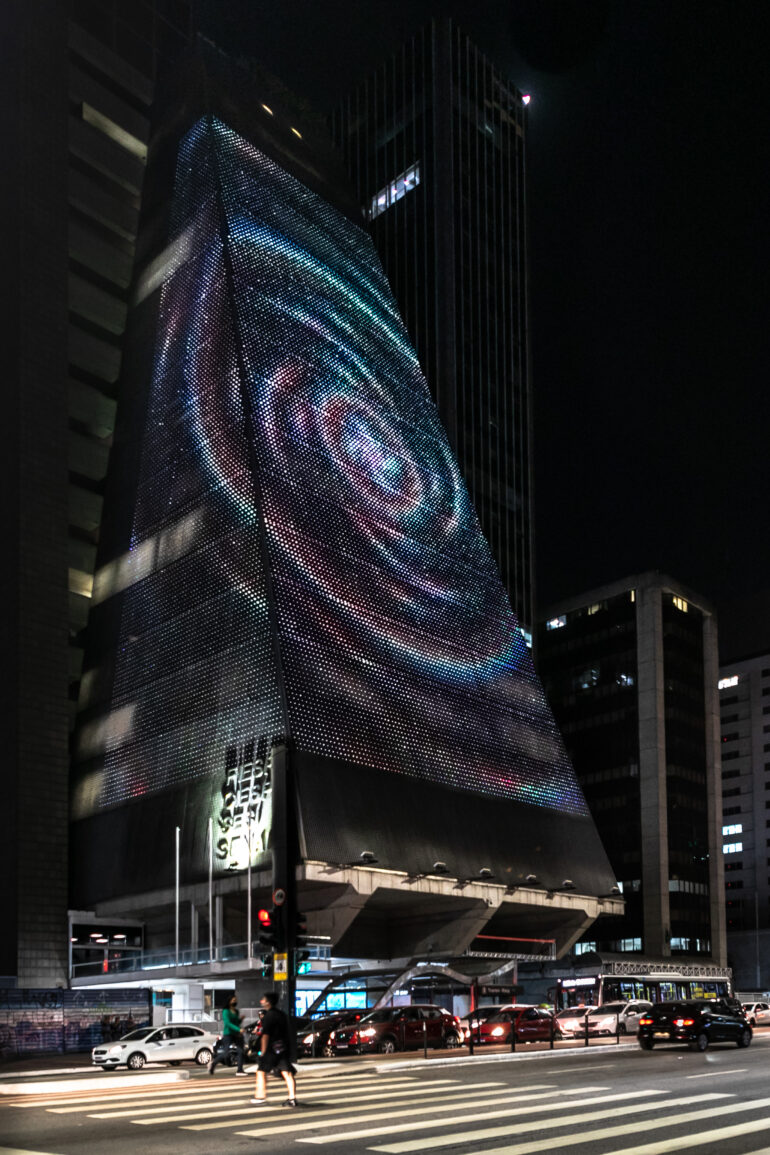 Creation was the result of an organic process in which I didn’t knew exactly what I wanted to create. I wanted something with simple rules, but seemingly complex. From this effort, a light dot was born. It seemed like an unstable energy that oscillated until explosion and expanded in temporal distortions, causing color aberrations, in an infinite cycle. The universe itself. Despite it’s complex visuals and motion, Creation is, structurewise, minimalist art. It was conceived to be released in French demoparty DemoJS in 2011 with limitations: it’s code has less than 1024 bytes (1kb) and was written to run on WebGL. Being pioneer in WebGL, Creation is recognized as the first Intro 1kb for WebGL ever released in a demoparty. Acknowledged by programmers and referenced in books and papers, Creation and its variations never before disclosed come out to the surface, marking its debut to the general public at Festival Internacional de Linguagem Eletrônica.

Bio:
Danilo Guanabara is a Brazilian technical artist from the state of Bahia. In 2005, being 17 years old, he began his journey as graphic engineer, reshooting the graphics computation history and implementing fundamental algorithms like Bresenham’s Line. Down that road, he came across the demoscene subculture, focused on producing audiovisual art pieces with code, in which he found an environment to develop and fulfill his artistic quest.