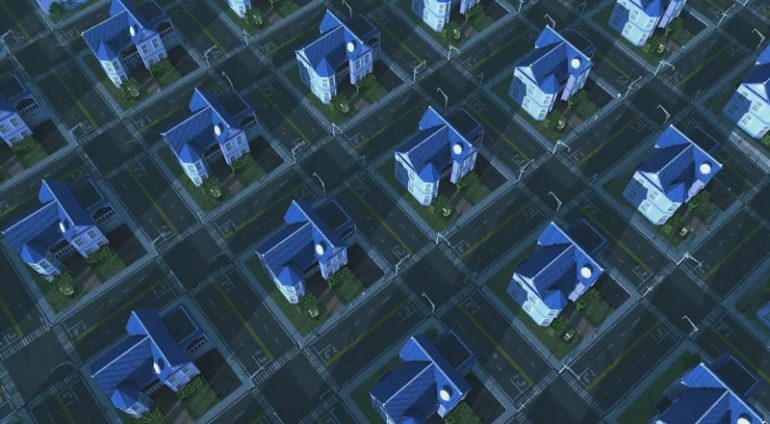 Abstract:
“Metropolis I, II & III” uses the game SimCity Societies to construct three imaginary and psychological zones in order to create a meditative space for reflection, seduction and poetic, apocalyptic reverie. Abstraction, repetition, the grid, and architecture all play their part throughout the world in “real” cities town planning strategies in order to produce territory and the modern civilization. The recent Chilean and Haitian earthquake, South-Pacific islands devastated by tsunamis, apocalyptic meteorites and the dire predictions associated with climate change, overshadow the construction of these three different, yet strangely familiar virtual sites that all strive to undermine both the logic of the game and our own safe, hygienically controlled lifestyles. In “Metropolis I, II & III”, dystopian, authoritarian and sublime, gated estates merge and dissolve into one another conjuring up disturbing comparisons between our real, lived experience and our day-to-day mediated trauma, represented elsewhere in our fantasies or across the electric spectacle of the global, media screen.

Biography:
Howlett graduated with a MFA from the Californian Institute of the Arts in 2000. His works have been exhibited internationally in festivals including the Inter-Society of Electronic Arts in Helsinki, Finland and Stockholm; Videoholica International Video Art Festival in Bulgaria; Los Angeles Freewaves Festival of Film, Video and New Media and locally at the Gallery of Modern Art in Brisbane Australia.