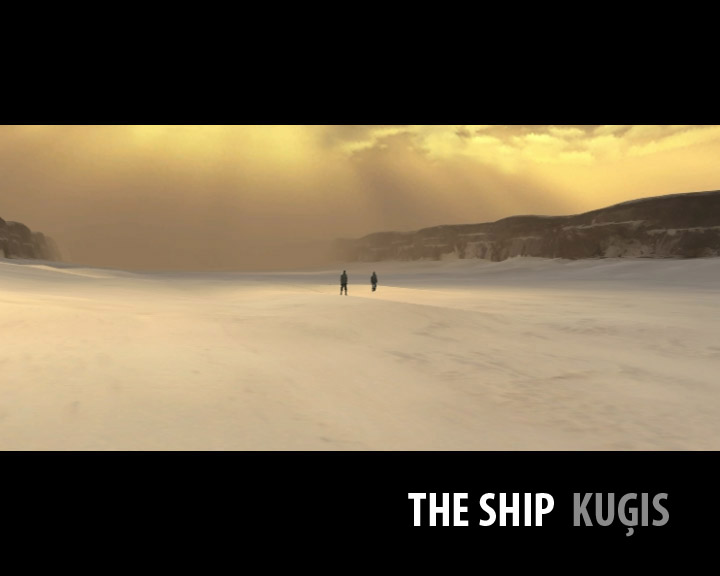 Abstract:
Father and Son depart on a long journey through a never-ending field of snow. Yet they are not alone, for they are being followed by a huge black Ship. The journey turns into a run for their lives. What is this ship – reality, or merely a product of our imagination?

Biography:
Egils Mednis, B. A. art., artist. Specializes in graphic design, multimedia, machinima and computer game projects. Graphic identity and design author of several Riga city festivals, including the Riga Light Festival. Author of concept of the PC game about the Latvian National Library, as well as for design of number of films. His machinima The Ship received the Jury Prize at the Next Generation Machinima Contest in California, USA, three other awards for best festival film, best independent film and best direction at the Machinima Filmfestival in New York, USA (2008).