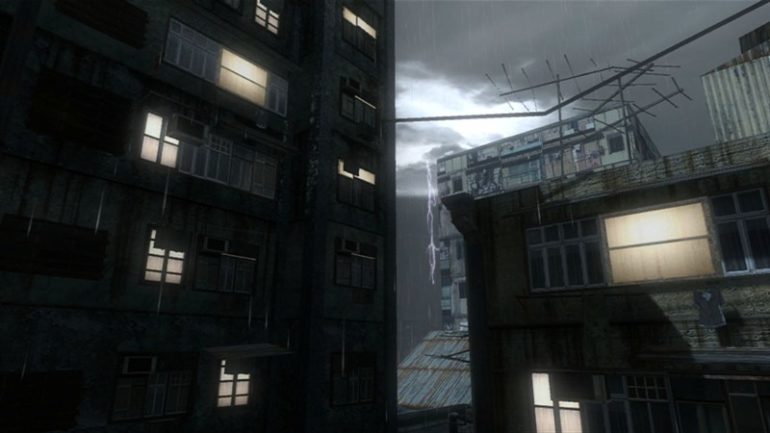 Another Day of Depression in Kowloon

Abstract:
ANOTHER DAY OF DEPRESSION IN KOWLOON is a virtual ethnographic study and a digital portrait of Hong Kong as seen through the lens of contemporary popular culture incarnated in the forms of video game and screen media.
Using the map “Kowloon” from the popular video game CALL OF DUTY: BLACK OPS (2010) as a field of study, the artist conducted yearlong virtual fieldwork, playing, observing and documenting “Hong Kong” as simulated in the video game world.
Hacking and displacing the logic of the game, ANOTHER turns the violent first-person shooter into a series of vacant, uncanny and yet meditative tableaux, unearthing a formal poetry that is often overlooked during the original gameplay. ANOTHER combines methodologies from both the observational and assemblage film traditions in raising questions about cultural representations in contemporary popular media, while at the same time creating evocative metaphors for a post-colonial Hong Kong through the reworking of media materials.
ANOTHER is a “found” landscape film, a ballad for a post-colonial Hong Kong seemingly trapped in endless downpours of murky political dismal.