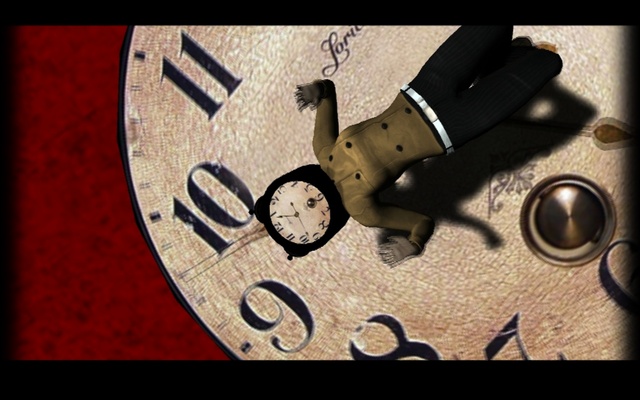 Abstract:
This film is a little bit of an experiment – what would happen if the artist gave herself 1 week to film, $50 and made the very first thing that popped into her head, no matter how ridiculous the idea, trying to go with the flow, being productive rather than procrastinating, and not over thinking anything. The result is difficult to explain and quite stream of consciousness like. It loosely represents how humans are tied to the mechanics of time. We can relive the past through memories, or imagine the future, but our physical bodies cannot stop being a part of the process of time, evolutionary time, etc.

Biography:
Trace Sanderson is a digital artist based in the UK with a focus on animation captured in real time within virtual worlds and computer engines. Trace has been creating works since 2004.