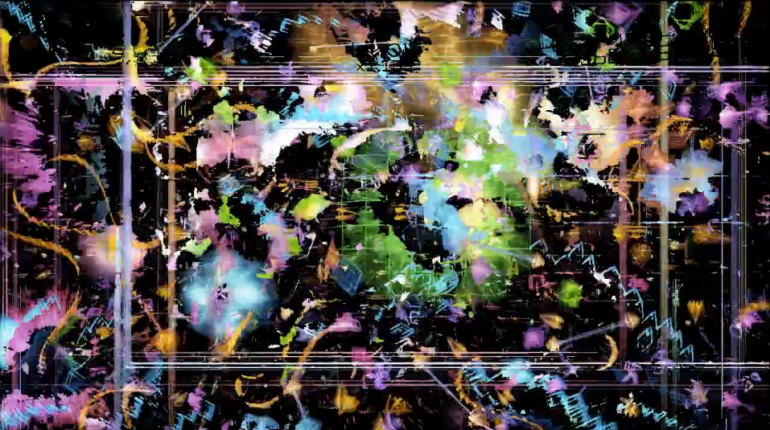 Abstract:
An accumulation of the epileptic video game Geometry Wars.
From the video game “Geometry Wars”, Nicolas Boillot extracts and accumulates only the moving parts, on a loop of 25 images. He tries to gather, by this process, a selection of what our eyes undergo when we play it.
Movements are like “a candy” for our eyes and brain, and by these accumulations, confrontation, Nicolas try to unveil in an empirical way what game designer conceives to keep us hooked.