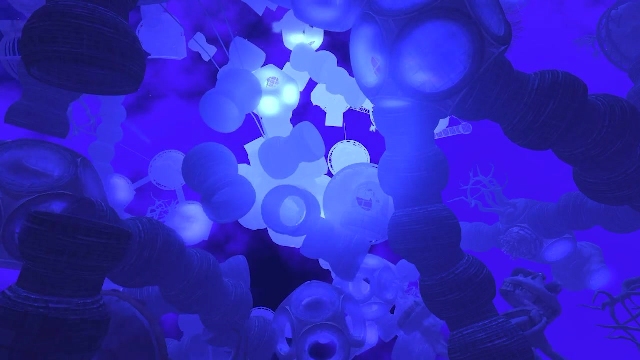 Abstract:
“??????????? ???? (a Petrovsky flux)” is a virtual tour in the installation “Petrovsky flux”, by Blotto Epsilon and Cutea Benelli, hosted on the Spencer Museum of Art, inside the virtual world Second Life.

Biography:
Heidi Foster/Toxic Menges is a machinimatographer, based in London, UK who works in Second Life and Skyrim engines to produce art and narrative film. Her pieces have been shown in festivals and exhibitions around the world. She has been involved with several collaborations, including working with Saskia Bodekke in the multi media opening of the Polish Copernicus Science Centre, and she was on the team that won the 2011 machinima 48 hour film Project, as well as winning best cinematography for the same competition in 2011 and 2012.