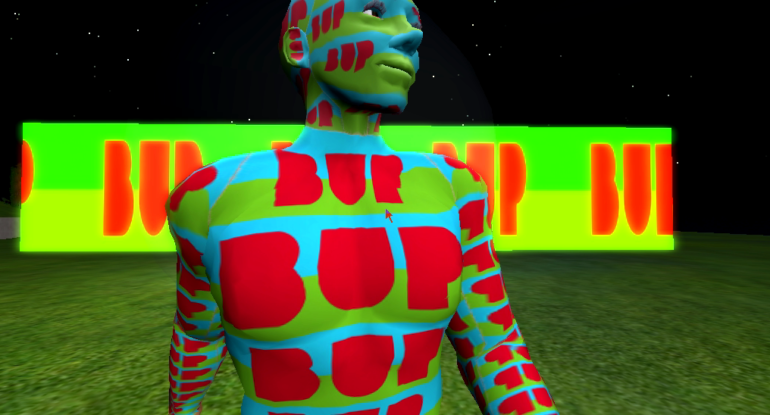 Abstract:
“Metabup” was created in the space BUP, built in the Second Life, with a crowd of avatars summoned by the artists to participate in the shooting. Invaded by commercials and of propaganda for BUP, Second Life’s universe is transformed into a space where not only the avatars but also those who command them are manipulated by the project BUP. The project develops on a playful and festive mode a stake abysm of the advertising mechanisms.