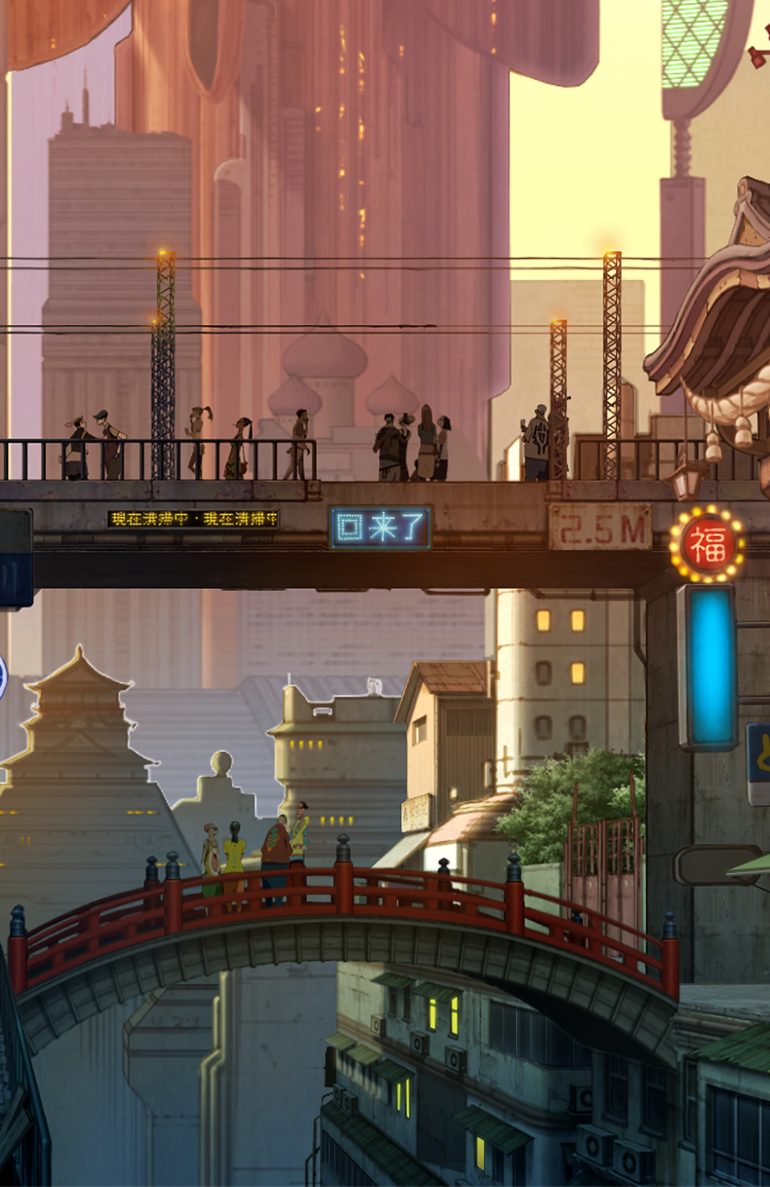 Abstract:
“Attraction” is the world’s first interactive anime. It was created as part of an anti-smoking campaign and directed by Koji Morimoto and Anrick Bregman.
It tells the story of Hiro, Koichi, and Ren, three teenagers who live in Tokyo in the year of 2050 and discover that growing up is not so funny as they first expected.
The film was ordered by the French Health Ministry and its objective is to teach the youth of today in an interesting and innovator way on the dangers of smoking.
Little children are very influenced by older generations, what includes bad habits such as smoking. The story was written to connect directly its lineal and interactive sections, and combines perfectly the traditional anime with the mechanics of contemporary games, in order to create an immersive experience, instead of just making a superficial approach.
The result is a flowing and visceral visual experience which unfolds like a flow of conscience.

Biography:
Anrick Bregman creates stories and ads for the web, with a strong focus on the interaction between narrative and technology. His work has been recognized by important awards such as FWA, Webbys, One Show Awards, Cannes Lions, SXSW, New Media Film Festival and D & AD, among others. He is often invited to give lectures in Cannes, OFFF, FITC, Spring Sessions, SXSW, Adobe User Group, Wave Festival, and Filmteractive.

Anderson Barros is an interactive developer with wide experience in the web and mobile markets. Throughout the years, he has developed projects for leading brands and has been granted several international awards.

Izaias Cavalcanti is graduated in advertising and loves technology. Throughout the years, he has been working with great names of the world digital production, like Firstborn, from New York, Tool of North America, from Los Angeles, Ultranoir, from Paris, and others. His work has been recognized with several international awards. Today he is devoted to the creation of captivating apps with the use of the social networks.

Pedro Ivo Hudson is a graphic designer graduated from the University of the State of Minas Gerais. He studies web design for almost 10 years and is always looking for new challenges related to other areas of design.