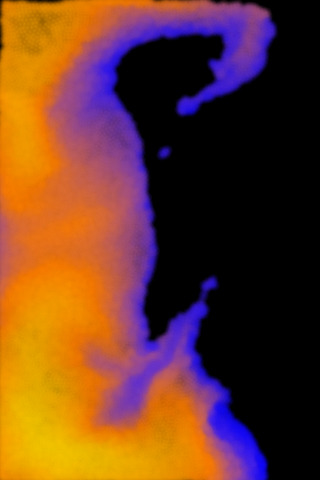 Abstract:
“Gloop” is in the unlikely space among an interactive lamp, styrofoam in water, and alien clouds under the lights of a rainbow. Whatever it is, in mixing the thousands of visual molecules, one can make them collide with each other, stretch them, and gather them. The resulting “heat” makes the mass (gloop) glow with larger intensity and become less sticky. If the treatment is more delicate, the mass becomes colder and may be modeled.