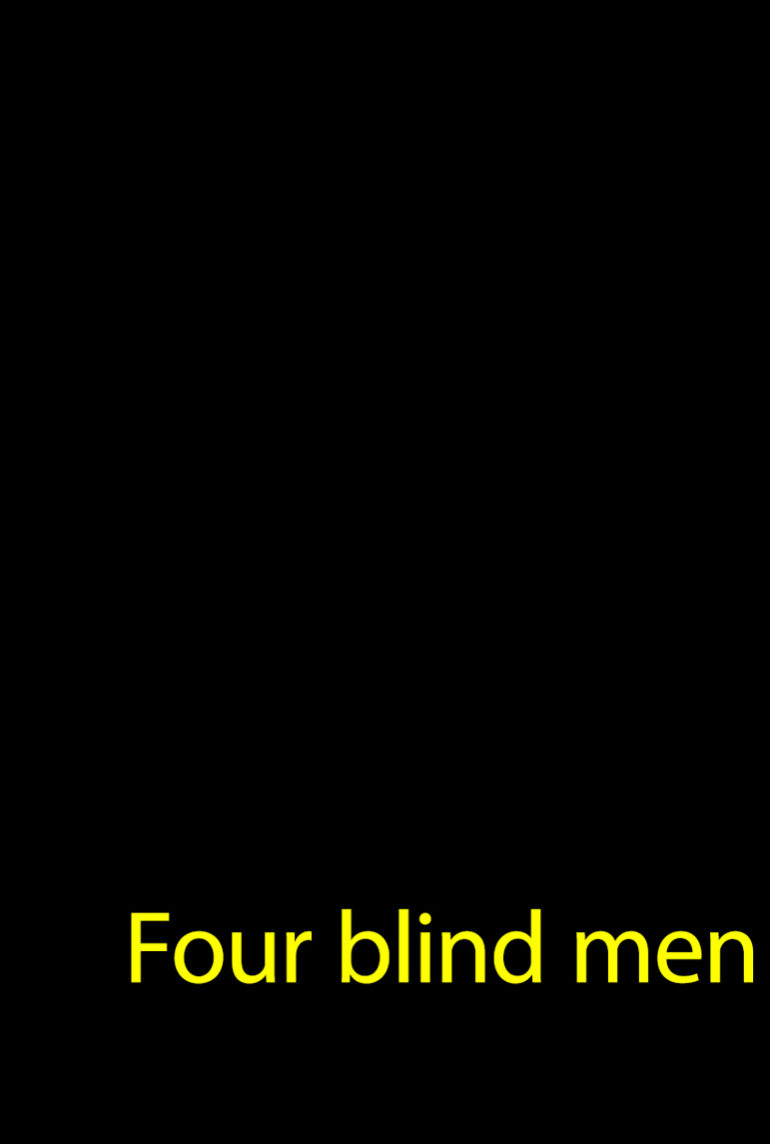 On Kings and Elephants

Abstract:
In the “On Kings and Elephants” series, an accented robotic narrator reads different English translations of the ancient story of the Four Blind Men and the Elephant. Over the centuries, this story has traveled across cultures. A warning against the trappings of ego, religion, and certainty.