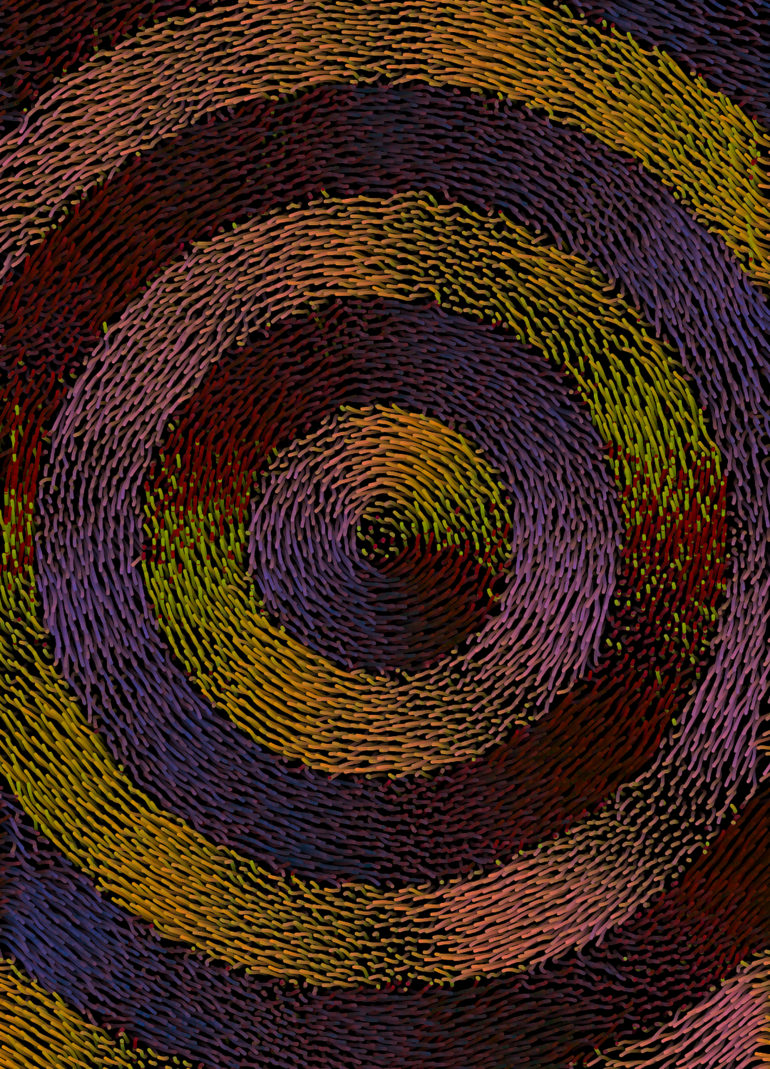 Abstract:
“AAAC: An Autonomous Agents Choreo” is an abstract generative animation video created through code and user interaction in which a flock of autonomous agents governed by physical laws of attraction-repulsion is subjected to the will of a geometric choreography. Throughout the audiovisual piece the flock of autonomous agents is distributed against nature into different geometric patterns which vary the general perception of colour, shape, texture and rhythm.
The soundtrack of AAAC is also a generative audio work created through code and user interaction in which the movement and bustle of the flock of autonomous agents generates its own musical score. The physical features of the agents (velocity, acceleration and position in the space) and the forces generated by the vectorial field which shakes them are some of the parameters used in the audio synthesis. The generative instruments and sinusoidal waves used for the interpretation of the sound space, their frequencies and rhythms change according to the geometrical pattern adopted by the flock of agents.